10 Films to See in February 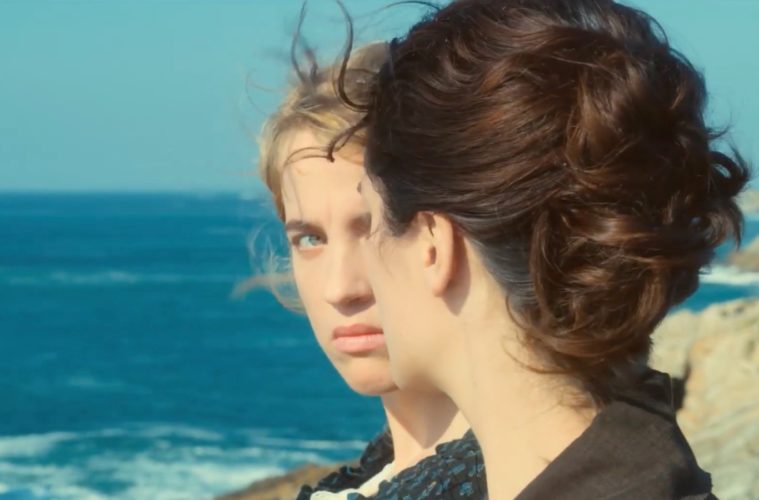 After wrapping up our Sundance Film Festival coverage, it’s time to look towards the month in movies. While Berlinale will kick off in a few weeks and Oscar season is in full force (for just one more week), February’s offerings feature some of our festival favorites from last year, a certain highly-anticipated sequel, a hopefully inventive twist on a classic monster movie, and more.

Check out our picks below, followed by honorable mentions.

Considered one of the surprise Oscar nominations this year, we found a lot to like in Jan Komasa’s Corpus Christi back at its Venice premiere. Jared Mobarak said in our review, “Based in part on real events, this twenty-year-old is about to be released from his detention center on parole. He’ll go to a reclusive town to work at a sawmill and maybe even build a decent life if he stays clean, but the potential he holds removed from the mark of “ex-con” is rendered moot. Despite finding God during his imprisonment and showing a desire to pursue the vocation, Polish law forbid former criminals from wearing the cloth. The one thing that can save him from the destructive cycle of drugs, alcohol, and sex he quickly restarts is that which he cannot have.”

After premiering at last year’s Sundance Film Festival, NEON held off the release of the Riley Keough-led horror The Lodge for the perfectly chilly month of February. Jake Howell said in our review last year, “Comparisons to Ari Aster’s Hereditary are legitimate from pretty much the opening scene of The Lodge, Severin Fiala and Veronika Franz’s follow-up to Goodnight Mommy that mixes fanatic Christianity and a snowbound setting for a slow-burning freakshow. Fortunately, despite these many similarities, The Lodge successfully deviates by its chilling finale into something all its own.”

Hlynur Pálmason’s Winter Brothers was one of the better debuts in recent years and now he’s back with his follow-up, which debuted at Cannes. Rory O’Connor said in his review, “The phrase a “white, white day” refers to a moment when the landscape and sky are so dense with snow, mist or fog that it is no longer clear where the two meet. In Iceland–where this bleak meteorological phenomena often occurs–there is a saying that on a day like that one can converse with the dead. Hlynur Pálmason’s second feature A White, White Day begins with that saying. We then witness a death on one such day as a car veers off the road. The woman driving is–or rather was–the wife of the local police chief. Pálmason’s excellent new film is an examination of that man’s stages of grief.”

A month or so before No Time to Die arrives in theaters, we’ll be getting a spin on a James Bond-esque adventure from one of the world’s greatest international directors. Romanian director Corneliu Porumboiu’s stylish new film The Whistlers, which premiered at Cannes Film Festival, follows a police inspector who travels to the Canary Islands to uncover a plot of intrigue, mystery, murder, sex, and a strange new language. While our Cannes review was a little more mixed, I found a good deal to enjoy in singular offering from the director

After earning much acclaim following its Cannes Film Festival debut and protests in its native country of George, Levan Akin’s And Then We Danced will arrive in the U.S. this week. Jared Mobarak said in his review, “It’s no wonder that writer/director Levan Akin’s film And Then We Danced was met by protests in Georgia. The only question is whether the establishment took issue with the work’s depiction of homosexuality or its scathing presentation of the country as an immovably oppressive force. Because it’s not enough that young Merab must confront his desires to discover the identity he’s involuntarily let lay dormant for decades inside. He must also combat the constant reminder that his feelings are “wrong.” He hears it from Aleko. He hears it from the television. He hears it from a priest overseeing wedding vows. Men are men and there can be no exceptions. They will put on their dresses, contort their bodies, and dance like men without a single shred of personality.”

After being responsible for scripting most of the Saw films, Leigh Whannell impressed in the director’s chair with his B-movie delight Upgrade. He’s now back for a new take on The Invisible Man, once again teaming with Blumhouse. Led by Elisabeth Moss in what seems like quite a fitting role full of dread and anxiety, her character becomes terrorized by the titular monster movie character, this time an abusive ex who is not done threatening her. If Whannell can deliver the same slick thrills and add a more timely thematic bow around this horror movie, we’re in for an early-year treat.

4. A Shaun the Sheep Movie: Farmageddon (Will Becher and Richard Phelan; Feb. 14)

It’s been a strange roll-out for a sequel to one of the best animations of the last decade, Shaun the Sheep Movie. The Aardman Animations feature got a proper release back in 2015 and now the sequel is taking its time to come to our shores. After our first teasers back in 2018, it was thought to arrive here in 2019, but it only came to the United Kingdom. Netflix then picked it up and we’ll be seeing it on Valentine’s Day this year. While this sequel, which involves an alien landing amongst our pals, has a lot to live up to, but it’s better later than never.

Part of the Berlin School movement of strikingly original filmmaking alongside the likes of Christian Petzold, Maren Ade, Valeska Grisebach, Ulrich Köhler, and more, Angela Schanelec has been carving her own unique path this century. With her oblique but immensely rewarding films and a Bressonian perspective on life, she deservedly earned Best Director at Berlinale last year for her latest film I Was at Home, But…, which is arriving in the U.S. this month. Ed Frankl said in his review from Berlinale, “This is a film that stages itself in non-linear narratives, in severe, clinical long takes, in metaphorical observations, and even extended sequences of Shakespearean re-enactment–a film whose aesthetics may be intensely controlled and yet whose narrative is sprawling with meanings and readings.”

Tomboy and Girlhood director Céline Sciamma returned this year with one of the toasts of Cannes Film Festival. Starring Adèle Haenel and Noémie Merlant, the film follows a woman who is tasked with painting a wedding portrait of a bride-to-be, and an unexpected romance blossoms. After qualifying run last year, it’ll now officially arrive in U.S. theatrical release this month, perfectly timed with Valentine’s Day. Leonardo Goi said in his Cannes review, “Portrait of a Lady on Fire is a film of incandescent scenes and staggering wonder. It is a love story whose tragic finale is telegraphed in the very first shot and yet still feels unbearably painful when it is conjured. Its beauty resides, like few other films, in its timelessness. This a period piece that chronicles a week in the lives of two 18th century women and still feels eerily present, because the story it narrates, and the myths it harkens back to, have always been there. It’s a film that homes in on two characters and yet doesn’t feel minimalist in the slightest, but expansive in scope.”

The rest of 2020 has a great deal to live up to as the first masterpiece of the year is arriving this month. Conveying the feeling of being trapped in a purgatorial darkness like no other film I’ve ever seen, Pedro Costa’s Locarno winner Vitalina Varela was the best film I saw during last year’s fall festival circuit and now it’ll arrive this month. In our review by Rory O’Connor, he praises the film, saying, “Costa’s style is at once aesthetically unique and thematically contemporary while also–despite his use of digital imagery–clearly the work of a great cinematic classicist. Much of the tremendous power and awe of Vitalina Varela comes from that counterpoint and the seriousness of the performances. It is a staggering picture, amongst the best of the year.”