SXSW Review: ‘Come As You Are’ is a Wheelchair-Bound Comedy with Charm 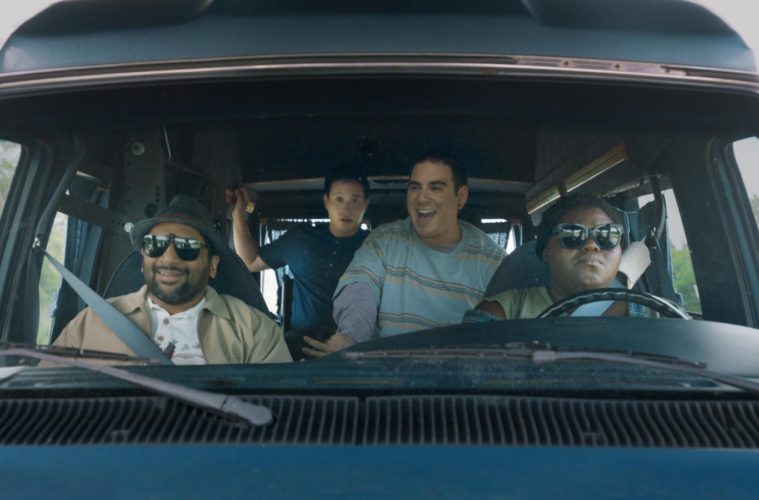 A charming remake of the Belgian comedy Hasta La Vista, inspired by actual events, Richard Wong’s Come As You Are is the story of three men with various disabilities who set out on an international (well, just over the border) road trip highlighting the very real need to be touched. Of course, for 24-year-old Scotty (Grant Rosenmeyer) a quadriplegic amateur rapper (yes, his lyrics include inviting someone to get some of that “quadripl-dick”), he wants a little more than to be touched by his loving mother Liz (Janeane Garofalo). Crudely, there is one part of his body that still works.

Matt (Hayden Szeto) is a new client, a boxer whose body has just started to fail him. He’s recently confined to a wheelchair and having trouble adjusting to the new demands. Scotty, by comparison, has been wheelchair-bound with limited mobility since birth. The third member of the trio, Mo (Ravi Patel), is a blind 35-year-old who works at a clinic where he meets Scotty and Matt. One day, an older quadriplegic with a girlfriend slips Scotty a card for a Montreal brothel that caters to men with disabilities. After visiting their website Matt makes it his life’s mission to head across country to finally get laid.

After a rough start that requires them to make a few budget cuts, they hire Sam (Gabourey Sidibe), an initially rough-around-the-edges woman who fears the group is on some kind of suicide pack. The road trip has all the usual hallmarks of a rowdy flick for the guys, especially as their parents catch wind of what’s going on and track them down to a hole-in-the-wall motel. An ensuing chase leads blind Mo (the only one who can use his feet) to drive the van in a sequence both humorous and terrifying.

While Come As You Are may be susceptible to the outrage in its casting of a non-disabled in disabled roles, it’s an immensely charming buddy comedy full of warm, crude humor even if its third act quickly shifts tones in a way that might not be effective once the deed is done. Still, it plays the familiar notes with the right mix of laughs, friendship, and heart as the crew’s supporting parents eventually come around, footing the bill for the rest of the journey. Along the way the guys find themselves in the usual bar brawls that you might expect from a guys road trip. Imperfect, but delightful for much of its journey, Come As You Are packages an important human rights message in a comedy for the bros.