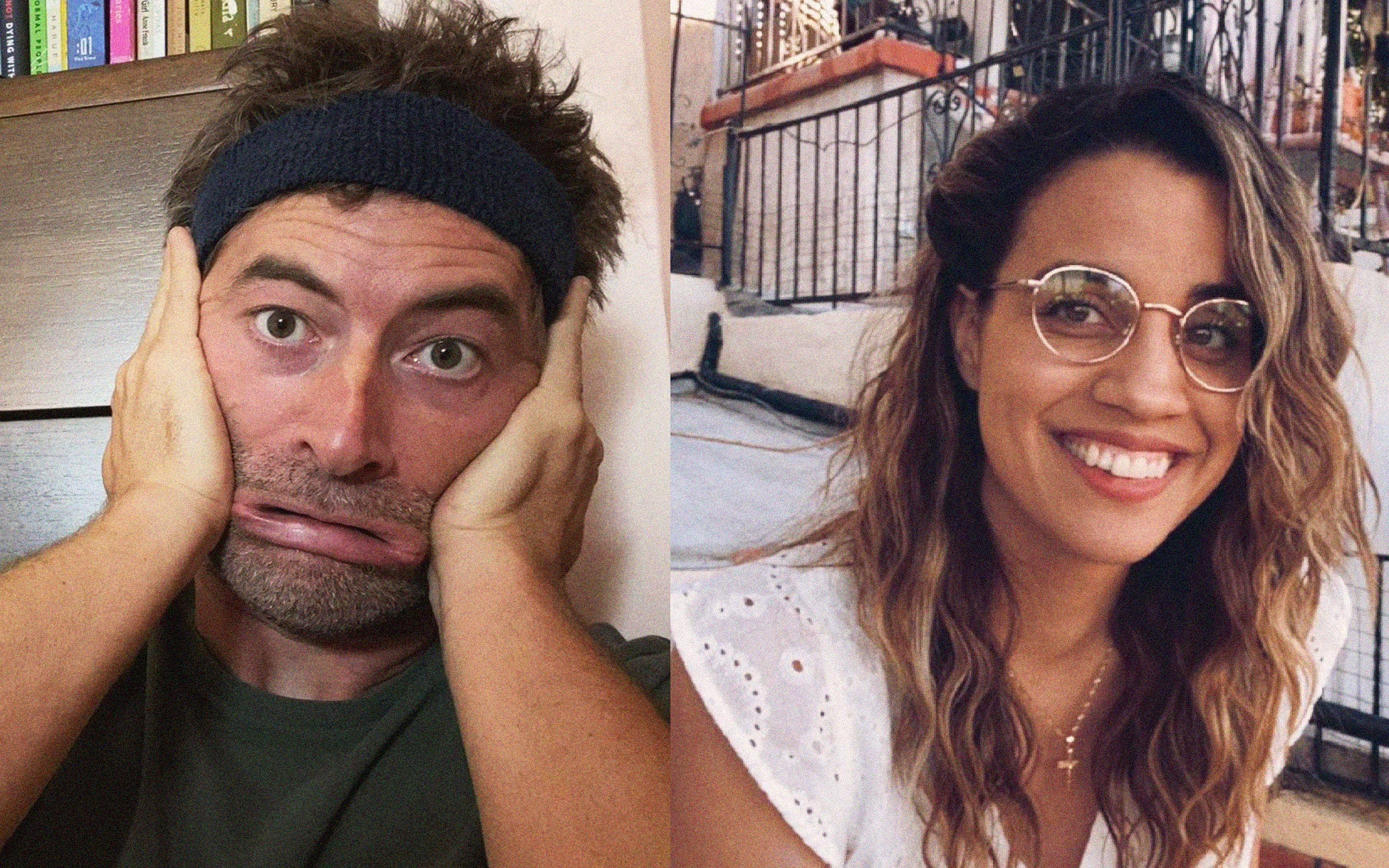 Before diving into Natalie Morales’ often charming Language Lessons, I approached the film with a certain skepticism. After a year of endless Zoom meetings, FaceTimes with friends keeping their social distance, and way too much social media, my mind is craving escapist entertainment rather than yet another “Zoom movie.” On the other hand, Zoom represents both a new and old frontier for mumblecore filmmakers. While early works of mumblecore like Joe Swanberg’s LOL and Susan Buice and Arin Crumley’s Four Eyed Monsters were largely focused on web collaborations (the later started as and continued as video podcast dispatches), Language Lessons explores both new and old territory. Taking a certain form due to the circumstances of a year where long-distance relationships––especially with those outside of one’s household––were preferred, it gives a valid reason why Adam (Mark Duplass) and Carino (Morales) would form such a bond.

Adam, husband to Will (voiced by Desean Terry), is given a 100-lesson pack to practice Spanish with Carino and after getting off on the wrong foot, they form a friendship practicing conversational Spanish while Will swims. Soon after, Adam’s seemingly perfect life is turned upside down when Will is killed during a traffic accident. The limitations of the rules of the film feature video messages left for each other by Carino and Adam as he mourns alone and eventually picks back up with his lessons. Morales’ bubbly Carino too also harbors a hardship which starts to infect their friendship when she puts up boundaries.

For much of the running time, they are engaging companions, hanging out and practicing conversational Spanish. The substance of the film remains difficult to divorce from its style which removes objectivity and subtlety, relying on information provided by its subjects, including a moment where Carino accidentally turns on her web camera. The picture unfortunately starts to lose a bit of steam due to its limitations, relying on the heavy lifting of Duplass and Morales.

Morales and credited director of photography Jeremy Mackie make the most of Will’s California mansion without giving the film an overly artificial look as many Hollywood found-footage films have, but it’s disappointing (and perhaps due to budgetary restrictions) that we never see that much of Carino’s life in Costa Rica. The film isn’t necessarily about quarantine experiences so much as it is about the platonic friendship one can form unexpectedly with those that come into our lives even if only for an hour or two a week.

Language Lessons is often likable thanks to its small cast and improvisational nature which delivers beyond the kind of Zooom table reads that nonprofits were offering as pandemic fundraisers throughout the last year. However, in terms of its cinematic value, it never quite transcends, feeling like a film that’s necessary in the moment without exploring the impact of the pandemic head-on.