NYFF Review: Young Ahmed is a Compassionate, Yet Surface-Level Misstep for the Dardennes 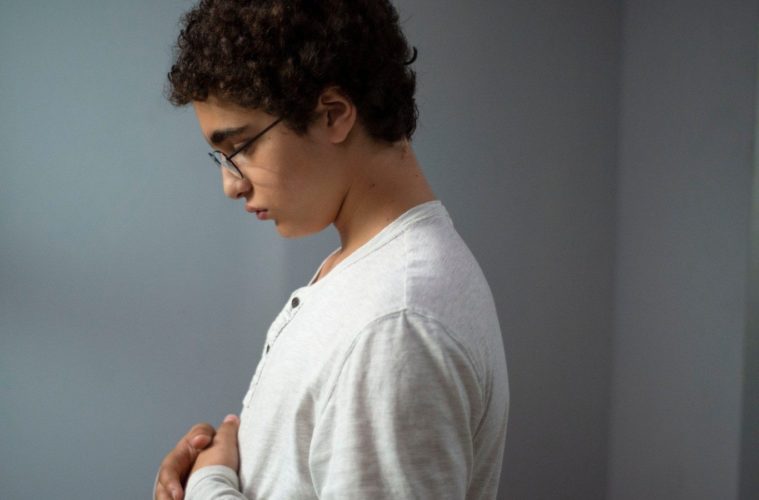 Fitting their preoccupations with contemporary Europe’s working class, the latest from Belgian’s preeminent filmmaking duo, Jean-Pierre and Luc Dardenne, seeks to boldly tackle the radicalization of a Belgian-Arabic teen. Their approach in Young Ahmed is as compassionate and conscientious as one can expect from the brothers—they’re master storytellers operating at their most consistent and polished—yet it lacks the moral specificity of their best work (L’Enfant, Two Days, One Night) or formal daring of their second-most-recent outing (The Unknown Girl), the end result being a derivative misstep.

At school, the erratic Ahmed (first-time actor Idir Ben Addi) displays intense animosity for his instructor, Madame Inès (Myriem Akheddiou), who seems to genuinely care for him and worries about his recent rash behavior. Ahmed rushes to leave class early, refusing to say goodbye and asserting that it’s unacceptable for a true Muslim to shake a woman’s hand. This opening uncannily mirrors that of the Dardennes’ The Kid with a Bike, which similarly begins in media res, utilizing verité handheld cinematography (courtesy regular collaborator Alain Marcoen) to succinctly capture the driving motivation of its protagonists: in both instances an insubordinate youth in modern Belgium, though the execution is far more salient in Kid. According to his distressed mother, Ahmed spends less time on hobbies and more with a fundamentalist Muslim youth-group leader, Imam Youssouf (Othmane Moumen), irresponsibly planting the seeds for religiously motivated violence—a motive he cowardly but perhaps genuinely denies once he realizes he’s in over his head. Led astray and under the impression that the modern Arabic teachings at his school are sacrilegious, Ahmed desperately resorts to assaulting Madame Inès in her home, an attempt with superficial physical wounds and lasting trauma. This, surprisingly, is essentially the plot’s inciting incident, the rest of the film chronicling Ahmed’s rehabilitation inside a juvenile detention facility while progress is often impeded by an increasingly self-destructive impulse to again try killing his teacher, which he seemingly believes will grant self-fulfillment as a martyr. The choice to focus on the wavering ideological principles of the main character, posing psychoanalytic inquiries into their motivations for their aggressive actions, is not uncommon for the Dardennes. But they’re ultimately ill-suited to pose such observations when their understanding of religious extremism and the systemic factors leading to it are generalized and, at worst, woefully ignorant. This is most apparent in a particularly sloppy arc wherein Ahmed works at a dairy farm as part of his court-ordered sentencing where he gradually befriends an atheistic white girl close to his age, having to confront his dedication to Islamic traditionalism as the two begin developing feelings for one another.

Said farmgirl, Louise (Victoria Bluck, also a first-timer), shows genuine kindness toward Ahmed, challenging his conservative preconceptions of women previously informed by an older teenage sister (Cyra Lassman), who he brands promiscuous for having a boyfriend; his mother (Claire Bodson), seen as caring but overwhelmed by the responsibilities of being an expatriate raising three children on her own; and of course Madame Inès, a maternal presence in the vein of countless other figures throughout the Dardennes’ filmography who tend to represent a biblical matriarch, offering grace and empathy unconditionally. Although it’s not necessarily fair to say that reiterating their oft-invoked Mother Mary parable isn’t worthwhile, the application in this particular context is questionable, once again implying an uncomfortable theological equivalency that suggests either a critical misapprehension of Islamic cultural values and mores or an unwillingness to empathize beyond a surface-level understanding. To be fair, it’s evident the Dardennes’ intent is far from demonizing the Muslim disapora and is closer to an earnest attempt at conveying the difficulties for Muslim youth such as Ahmed–and to some extent the disapora at-large, to live in contemporary European society without losing their sense of religious identity or customs. Despite the well-meaning intentions, Young Ahmed is fundamentally a thematic retread of their earlier, better work. Even the ending recontextualizes the biblical matriarchal savior narrative that they’ve employed time and time again—a predictable resolution influenced by their own Catholicism that’s nonetheless effective due to the siblings being master craftsmen in suspenseful drama.

All in all, Young Ahmed is not without merit. It’s an admirable attempt at portraying an immigrant experience relatively unfamiliar to the Belgian filmmaking pair, expertly directed with a number of noteworthy performances from its largely non-professional cast. Still, there’s the failure to provide nuance to a story and subject matter that practically necessitates it by nature of the intended tone. Young Ahmed clearly aims to be as thematically and narratively audacious as the Dardennes’ The Unknown Girl, but marks a structural step backward and lacks that film’s honesty in its politics.

Young Ahmed screens at the 57th New York Film Festival and will be released on February 21, 2020.