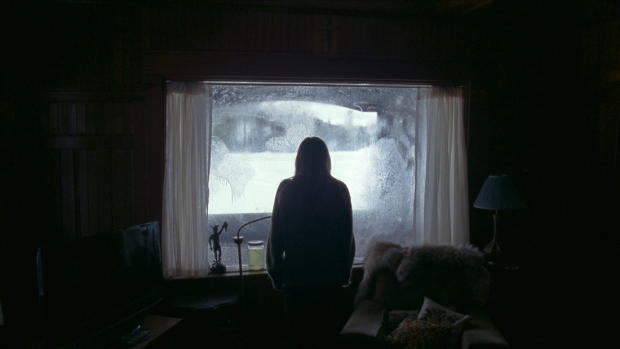 Sundance Review: ‘The Lodge’ is a Slow-Burning Freakshow with a Chilling Finale

Comparisons to Ari Aster’s Hereditary are legitimate from pretty much the opening scene of The Lodge, Severin Fiala and Veronika Franz’s follow-up to Goodnight Mommy that mixes fanatic Christianity and a snowbound setting for a slow-burning freakshow. Fortunately, despite these many similarities, The Lodge successfully deviates by its chilling finale into something all its own.

Really, though, almost exactly the same dollhouse/miniature motif used so intelligently in Hereditary is employed here with little addition or difference, making it feel like, at this point in the visual grammar of contemporary horror film, more than a tad gimmicky.

And that’s a shame, because it’s sincerely hard to see The Lodge strictly on its own terms—the film sits so pointedly in Hereditary’s shadow. Other obvious parallels deepen this problem: thematically, they exist in the same underworld of religious cultists; narratively, they share identical haunted house set-ups (expect scary nights in between unsettling days). There are more, but for the purposes of this review, the film deserves its own fair shake.

When we finally arrive at the title location, Grace (an always excellent Riley Keough) and her new beau’s adolescent children (Jaeden Lieberher and Lia McHugh, performing quite strong for actors their age) are getting to know each other better, following their parents’ separation and subsequent suicide of their mother (Alicia Silverstone). Goodnight mommy, indeed.

Further, by the end of the first act, we’ve learned Grace is the sole survivor of a suicide cult, steeping the film in a sufficiently disturbing backstory and, more importantly, turning relatively mundane Christian objects (crucifixes, paintings, etcetera) into potentially triggering miscellanea. In this regard, it’s important to give credit where credit is due: any film that can translate images of snow angels into something genuinely unnerving is ultimately working as better-than-average genre fare.

For anyone curious—and perhaps as a helpful guide to fellow wimps like myself—it’s worth noting here that Hereditary is definitively scarier than The Lodge, but I’d argue that actually works in the latter’s favor. Once the film wrestles itself from the confines of its spiritual predecessor, The Lodge is able to chew on some truly mind-bending ambiguities that kept me guessing—suspended in relatively effective tension—on what was actually happening, and that’s largely thanks to its hair-raising combination of creepy Christian audio cues, emphasis on disquieting sound design, and a twisty dissection of mental illness.

Save for the sound design, I don’t think that summary recalls a description of Hereditary, which makes me wish The Lodge’s first half had more to say on its central themes of guilt, repentance, and the downward spiral of deranged depression. I’m just glad it eventually gets there, one way or the other.

The Lodge premiered at the Sundance Film Festival and opens February 7.