Fire in the Mountains Review: An Enigmatic Exploration of Traditionalism vs. Modernism in North India 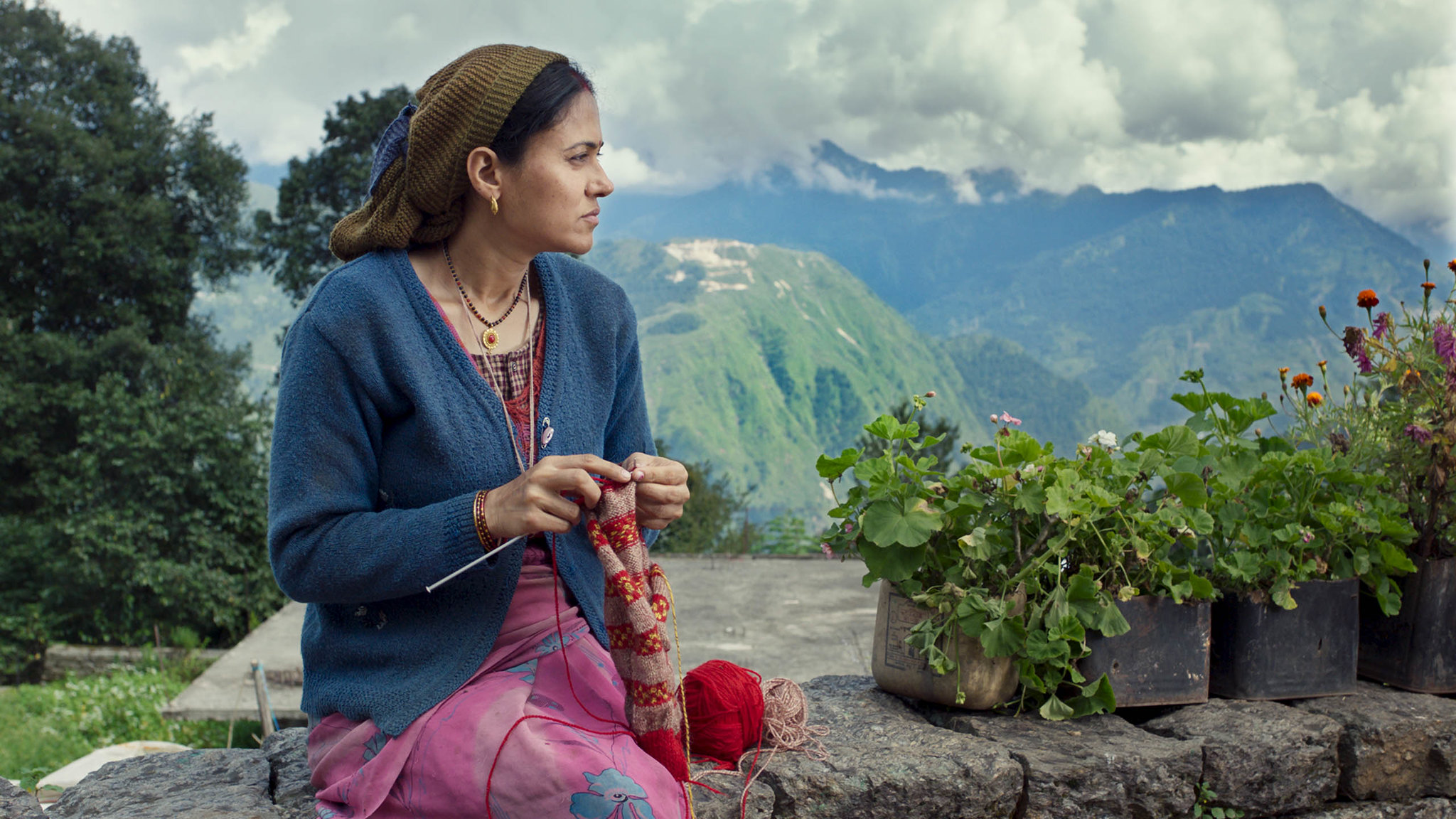 A poignant blend of science and culture, Ajitpal Singh’s feature debut Fire in the Mountains was inspired by the director’s own experiences with religiously-influenced loss, conceived in the aftermath of his close cousin’s death. An enigmatic and intoxicating experience, Singh weaves a subtly complex narrative through a family’s multicultural conflict between healing through science versus religious faith.

Residing at the top of a Himalayan mountain in the Northern Indian village of Uttarakhand, Chandra (Vinamrata Rai), the mother of a wheelchair-using boy, attempts to save enough money to properly treat and take care of her son. When the only medical provider in the small village fails to find a diagnosis, she moves on with the goal of building a road to take her son Prakash (Mayank Singh) to physiotherapy. However, Chandra’s husband, Dharam (Chandan Bisht)––a fervent believer in traditional religion––disagrees heavily with Chandra’s science-based methods. Instead, propelled by his faith in shamianic cultural rituals as the ultimate “cure,” he decides to steal her savings as their familial relationships begin to unravel.

Despite its seemingly small scale, Singh’s debut screenplay is remarkably ambitious, attempting to tackle lofty thematic goals that many first-time feature filmmakers would opt to either save for future projects or stumble through in their debut. Throughout the accomplished film, a logical trust of western medicine and scientific advancements is juxtaposed with a blind but steady faith in the traditionalist ways of religion, shining light on an age-old conflict that has impacted historical figures from Plato to Copernicus alike. Portraying these opposing beliefs at odds with each other through a grounded lens rooted in culture, Rai and Bisht are able to authentically portray Chandra and Dharam’s conflicting value sets rooted in modernity and traditionalism, creating a dynamic relationship that propels the narrative forward.

In tandem with its ambition, Singh’s screenplay takes a mysterious approach in the development of key moments peppered throughout the film. When paired with the complex thematic conflicts it tackles, the lingering ambiguity does unfortunately make much of the film difficult to properly contextualize. At its best, it serves to amplify its palpable atmosphere, but in lesser moments, it comes off as an unfocused approach that leaves one perplexed. Even its portrayal of disability— a subject that should be addressed with clarity due to its importance—seems remarkably vague and confused, treating Prakash’s condition as a narrative construct to play around with and neglecting its real-life implications while upholding a single-minded journey towards a cure. By its end, Singh’s preference for ambiguity makes the film’s core thesis a bit muddled, undercutting what could have been a more universal impact.

However, that is not to say that the film’s storytelling approach isn’t powerful in other ways. Much room is left for interpretation and results in a film that will adamantly benefit from multiple viewings. Regarding his work behind the camera, the direction is appropriately passive for the majority of the film, using subtle long takes to gaze on lush mountain range landscapes while still being rooted in the most intricate details. Perhaps where Singh shows the most promise in the director’s chair is in the film’s final sequence––employing his passive direction to slowly build up to a fiery and chaotic ending centered around a ritual. Orchestrating an atmosphere buoyed by Dominique Colin’s visceral photography and Parikshhit Jha & Simon Price’s editorial restraint, Singh breathes out a hypnotic and captivating directorial flair that serves to create a transcendent climax. With surrealist touches, much of the ending is up to the interpretations of one’s belief system, resulting in a masterfully atmospheric finale that will leave one shaken.

Fire in the Mountains is a strangely compelling tale that thrives in its interpretive nature. While its use of enigmatic storytelling to tackle an ambitious thematic conflict results in a film that some may find difficult to follow, a captivating final sequence and the well-drawn, character-driven juxtaposition of western modernism against traditionalist religious beliefs outweigh the imperfections of this debut to create a subtly unique experience.

Fire in the Mountains screened at Sundance Film Festival.