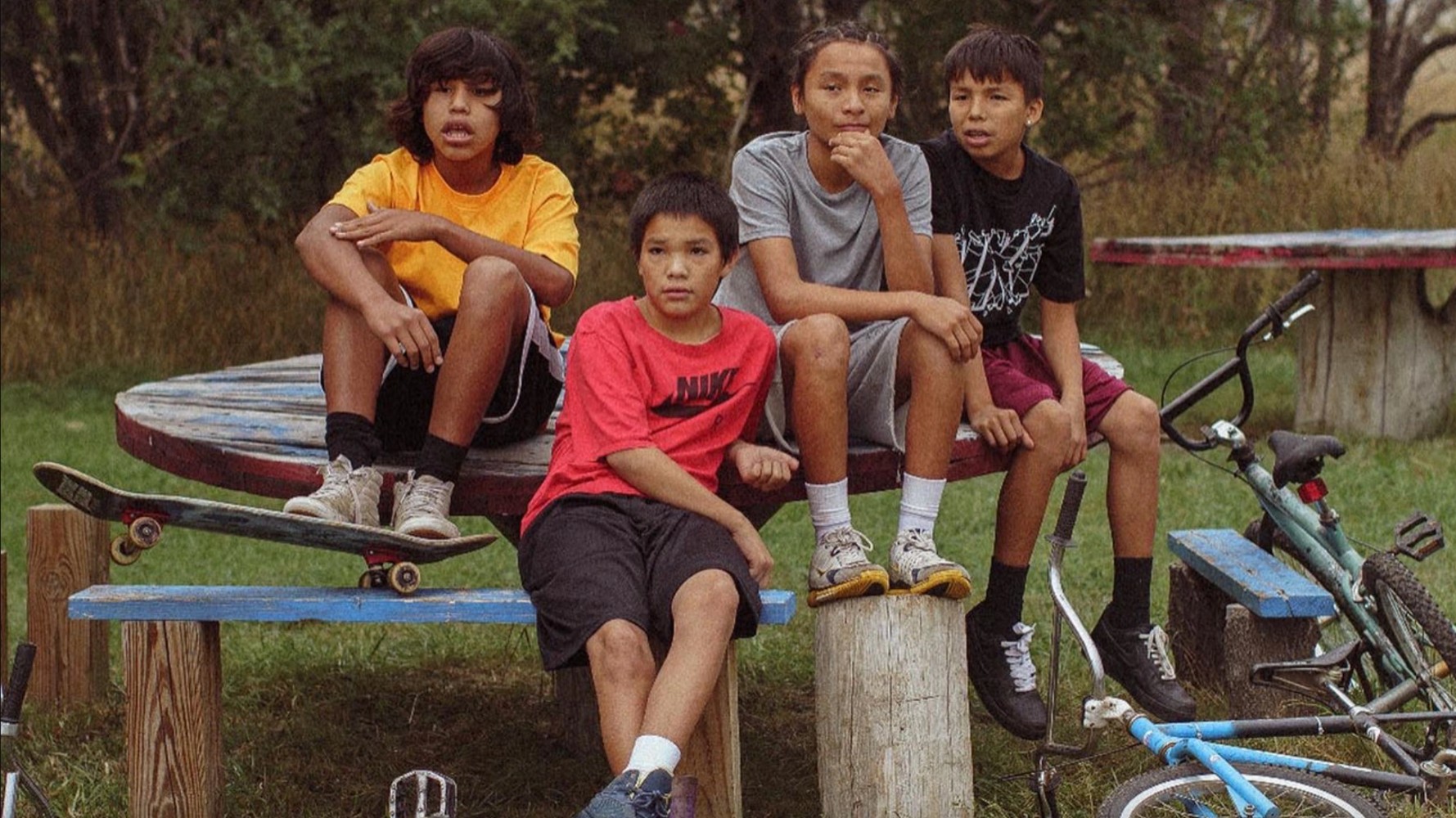 There are 574 federally recognized Native American tribes in the United States. South Dakota is home to nine, the majority of which lie on the western half. Along the Nebraska border and the southern tip of the Badlands sits the Pine Ridge Reservation, one of America’s largest. At 2.1 million acres, the vast, breathtaking prairie landscapes and infinite horizon of rolling hills might distract from the fact that it’s also among the poorest counties in the country.

Riley Keough was working on American Honey in South Dakota when she met a couple locals who’d been cast as extras: Bill Reddy and Franklin Sioux Bob. They hit it off and immediately became friends outside production. Bill and Frank invited her to their home, Pine Ridge, and Keough and co-director Gina Gammell—who started a production company, Felix Culpa, together in 2018—quickly fell in love with the people and the land. Next thing you know, it’s 2019 and Felix Culpa is in production on its first feature.

War Pony marks directorial and screenwriting debuts for both Riley Keough and Gina Gammell, but also screenwriting debuts for Bill and Frank, who were encouraged by Keough and Gammell to tell any story they wanted through film. Which is to say nothing of a large portion of the cast and crew—Oglala Lakota and Sicangu Lakota citizens of the Oglala Sioux Tribe and Rosebud Sioux Tribe—who had never acted or worked on a film before.

Bill and Frank chose to write a story about two young Oglala Lakota men coming into their own on “the rez,” as they usually call it. Bill (Jojo Bapteise Whiting) is 23, an easy-going, good-hearted, face-tatted father of two who roams looking to make a buck (be it through poodle-breeding or driving sex workers home for men who want to keep their wives in the dark) and regularly leaves his baby mamas hanging. Matho (Ladainian Crazy Thunder) is 12, a quiet but audacious boy always up to no good as a result of his absent, meth-addicted father. Their narratives don’t overlap, but they find a flow in each other through shared setting, context, mood, and theme as we weave back and forth between them.

Among many films that tackle class, race, and privilege at Cannes this year (with R.M.N., Triangle of Sadness, Armageddon Time), War Pony is more subtle in its pursuit. The stories aren’t plotless but the emphasis isn’t on any one narrative conflict. Keough and Gammell make it more about witnessing the culturally and spiritually rich world of Pine Ridge—a place and people not often seen onscreen—altogether: the interconnected everyday lives of the Natives on the rez and socio-economic degradation wrought by a long history of institutionalized oppression.

The former is drawn out through the familial nature of the Natives: the charming, patient, generous aunties who keep everything afloat, or the way everyone lovingly and hilariously gives each other a hard time, which is just plain delightful. The latter is tactfully spotlit through things like Bill’s stint working under the table for an ominously short-spoken wealthy white farm owner or the dark reality of Matho having to be fully responsible for himself as a child.

In all senses it’s about a yearning for belonging—belonging to a tribe, a country, a culture, a job. Or in the case of War Pony and Indigenous artists at large: finally belonging to a culture and economy of cinema. If it’s any indication of what’s to come in that arena, Native American filmmaking has a very bright future.