Berlin Review: ‘I Was at Home, But…’ is an Enigmatic, Sprawling Puzzler 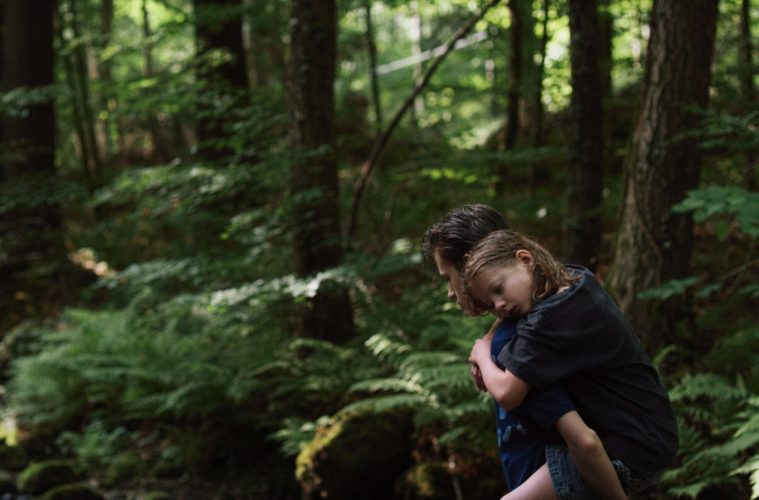 The Berlin film festival’s brochure notes for Angela Schanelec’s new puzzler of a movie map out some of the action: a 13-year-old boy who, after having gone missing for a week, returns home without a word. His father died two years ago and his mother, Astrid (Maren Eggert), struggles to confront single motherhood as her life stutteringly gets back to normal.

But these plot points have to be wrung from the clutches of a willingly opaque film, and most comprehensive interpretations will involve hardy concentration and perhaps multiple viewings. For this is a film that stages itself in non-linear narratives, in severe, clinical long takes, in metaphorical observations, and even extended sequences of Shakespearean re-enactment–a film whose aesthetics may be intensely controlled and yet whose narrative is sprawling with meanings and readings.

There is no dialogue in the first ten minutes, and only intermittently do characters say what they really want to say. Eggert’s Astrid is a tempestuous sort, unable to connect with either of her children, and only midway through the film do we get a sense that her vulnerability materializes from a kind of overdue grief. A central sequence comes when Astrid gives a crushing critique to an experimental filmmaker, who’s made a film with actors that also features a real-life patient with a terminal illness (it’s suggested, but never specified, that her own husband might be the subject). It’s an aesthetic decision she dismisses as artificial. “I don’t think anyone can understand a feeling they have never felt,” Astrid says, having walked out the movie midway. But the filmmaker responds, deadpan-like, that she must return and finish the full movie. It’s a comment potentially on Schanelec’s mode, that, while individual scenes can be baffling and challenging, as an entity there is an overriding aesthetic method that somehow gives the whole movie clarity. Audiences will have to make their own decisions about that.

Astrid’s life, ostensibly comfortable in the upper middle class art sector of Berlin, is struck by a world that speeds too fast for her. Among this hodgepodge of fragmented ideas, in one of Schanelec’s sequences embedded with hidden meanings, Astrid buys a second-half bike. It’s perhaps a metaphor for her trying to keep up, but as it proves to have been a duff purchase–the brakes fall apart–her mental wellbeing never gets, excuse the pun, in gear.

Meanwhile, her son (Jakob Lassalle) is the lead in a school production of Hamlet, the archetypal Western text of acting (“playing, whose end… is to hold, as ‘twere, the mirror up to nature…”) of artifice, madness, dysfunctional families, and dead fathers. Discounting even the implausibility – there can’t be many grade schools in Germany teaching Hamlet–these extended sequences, austerely filmed felt awkward and overbearing, part of a jumble of materials and ideas.

Two young lovers, played by Franz Rogowski and Lilith Stangenberg, agonizing over whether to have a child, points to a clearer indication of Schanelec’s sometimes irritating narrative mode. I found myself wanting to hear more from this couple, whose anxiety over giving life seemed an intriguing counterpoint to Astrid’s trauma over her husband’s death. But there’s only one extended scene with them: “I am steeped in loneliness,” says Stangenberg’s Claudia, whose indecision and internalized torment seemed to speak for a whole millennial culture. It’s in sporadic glimpses that the film teases something arguably more profound.

Fans of Schanelec will surely rejoice that the Berlin School alum has graduated to a big-league competition at Berlin, yet I Was at Home, But… (the title is an oblique reference to Ozu’s I Was Born, But…) will prove as divisive as her previous mind-bender The Dreamed Path. Her new film is a difficult but certainly engaging enigma.

I Was at Home, But… premiered at the Berlin International Film Festival and opens on February 14.