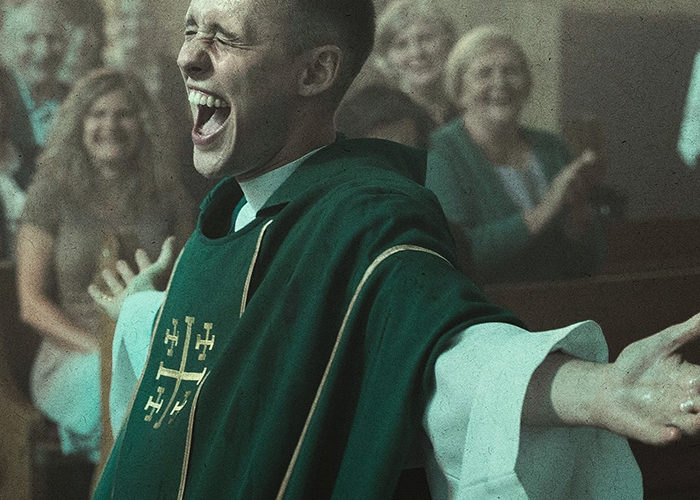 Faith is inherently about putting your complete trust in something or someone without knowing whether the object deserves such blind allegiance. We have faith in God because believing there’s purpose to atrocities is easier than accepting a nihilistic outlook on life just like the presence of miracles proves good fortune is earned so you won’t feel guilty upon realizing how you have it better than someone else. It’s therefore impossible not to let it warp your morality until everything possesses the need for black and white clarity. Kids in juvenile lock-up are scum without exception. A reformed drunk hits and kills six kids in an automobile collision and he must be to blame. The mayor profits from his government connections, but that’s merely payment for serving the town.

Labels of good and evil are thus meticulously and often unjustly placed upon actions and events without the wiggle room to truly achieve the redemption you say is available to any man and woman by decree of the God you so ardently follow. Forgiveness is thus a fallacy because it’s more profitable and attractive for those asked to forgive to hypocritically refuse as though they are the epitome of perfection. The most efficient way to confirm as much is unsurprisingly deeply intertwined with religion—the most hypocrisy-laden establishment man has ever created. If you can trick the righteous into accepting that which they believe is unacceptable by removing questionable context en route to forcing them to solely experience the present, it should be difficult to ignore their discrimination. This is exactly what director Jan Komasa and writer Mateusz Pacewicz do with their lead character Daniel (Bartosz Bielenia) in Corpus Christi. Based in part on real events, this twenty-year old is about to be released from his detention center on parole. He’ll go to a reclusive town to work at a sawmill and maybe even build a decent life if he stays clean, but the potential he holds removed from the mark of “ex-con” is rendered moot. Despite finding God during his imprisonment and showing a desire to pursue the vocation, Polish law forbid former criminals from wearing the cloth. The one thing that can save him from the destructive cycle of drugs, alcohol, and sex he quickly restarts is that which he cannot have.

Call it stupidity or divine providence (the difference is less than you pretend) as the church bells call to Daniel upon his arrival so he goes to them instead of the mill. There he meets a pretty young woman (Eliza Rycembel’s Marta) who calls his bluff when his pride causes his flirting to deny the real reason he’s in town (she guesses his checkered past correctly) and instead lie about being a priest. Since he has a clerical shirt with tab collar thanks to helping Father Tomasz (Lukasz Simlat) in juvie and she just happens to be the daughter of the parish’s sacristan (Aleksandra Konieczna), Daniel is quickly brought before the local vicar (Zdzislaw Wardejn) and asked to fill-in while he’s away for prolonged medical treatment. It’s the perfect scenario to therefore call out the church’s logical (if perhaps unjust) denial of admission to priesthood for criminals since the filmmakers aren’t interested in having some wild kid with a violent past come in and mock their religion while having fun. Because Daniel’s call to God is about eighty-percent real, he begrudgingly and fearfully takes the position in hopes that he can do it proud. And while the sacristan’s conservative outlook gives her pause about embracing this “kid” unconditionally, the other parishioners eat his electric sermons and modern attitude up. He’s inspiring these small town folk, raising money for the needy, and working to lead them through a precarious tragedy for which the details prove hard to acquire thanks to a shared delusion posing as truth.

This problem that they all face is the moral imperative to bury a man whose car collided with that of teenagers—one of whom was Marta’s brother. The deceased’s parents refuse to let his widow (Barbara Kurzaj) put him to rest in the same ground as their children because their grief fingered him a murderer and she a “whore” by association. Daniel can’t stop recalling his own plight since the future he knows he can excel at has been squashed thanks to a collective revulsion towards a single act in his own past. With the mayor (Leszek Lichota) throwing his weight around to steer clear of the subject and Marta possessing evidence that might swing blame away from their supposed culprit, the new priest begins stirring the pot. Because Komasa and Pacewicz aren’t simply letting Daniel playact, he’s able to open eyes and become entrenched in this community. Unafraid to step on important people’s toes, he’s also positioning the underserved to stand against oppression and the oppressors to realize the grey area in everyone’s lives that deserves a benefit of the doubt they’d want when they go astray. As his meddling moves the town onto a painful collision course dictated by truth above self-satisfaction, Daniel’s past arrives to risk revealing his identity. While attempting to teach his flock not to run from their mistakes, he realizes the time is coming where he too must stand his ground and face reality. Just because certain public figures should have their criminality exposed doesn’t erase his past inexcusable transgressions.

The result is potently bittersweet with an abrupt end in both the town’s story (subtly profound) and Daniel’s (chaotically unhinged). Bielenia delivers a fantastic performance as his character overcomes insecurities and regret to speak the words he knows from experience can help those who’ve lost their way. Will doing so seal his own fate? Perhaps. But the job he’s “stolen” demands sacrifice. The guilty cannot be absolved without contrition and penance and sometimes we feign victimhood in our refusal to confront that guilt. Our actions have consequences and they aren’t always fair, but we should be able to know when our suffering has been earned. Happily-ever-after is a fantasy, but giving people a second chance to disprove the labels placed upon them isn’t. “To err is human; to forgive, divine.”

Corpus Christi is playing as part of Venice Days.