Venice Review: Last Night in Soho is Thrilling Horror with Swinging London on the Brain 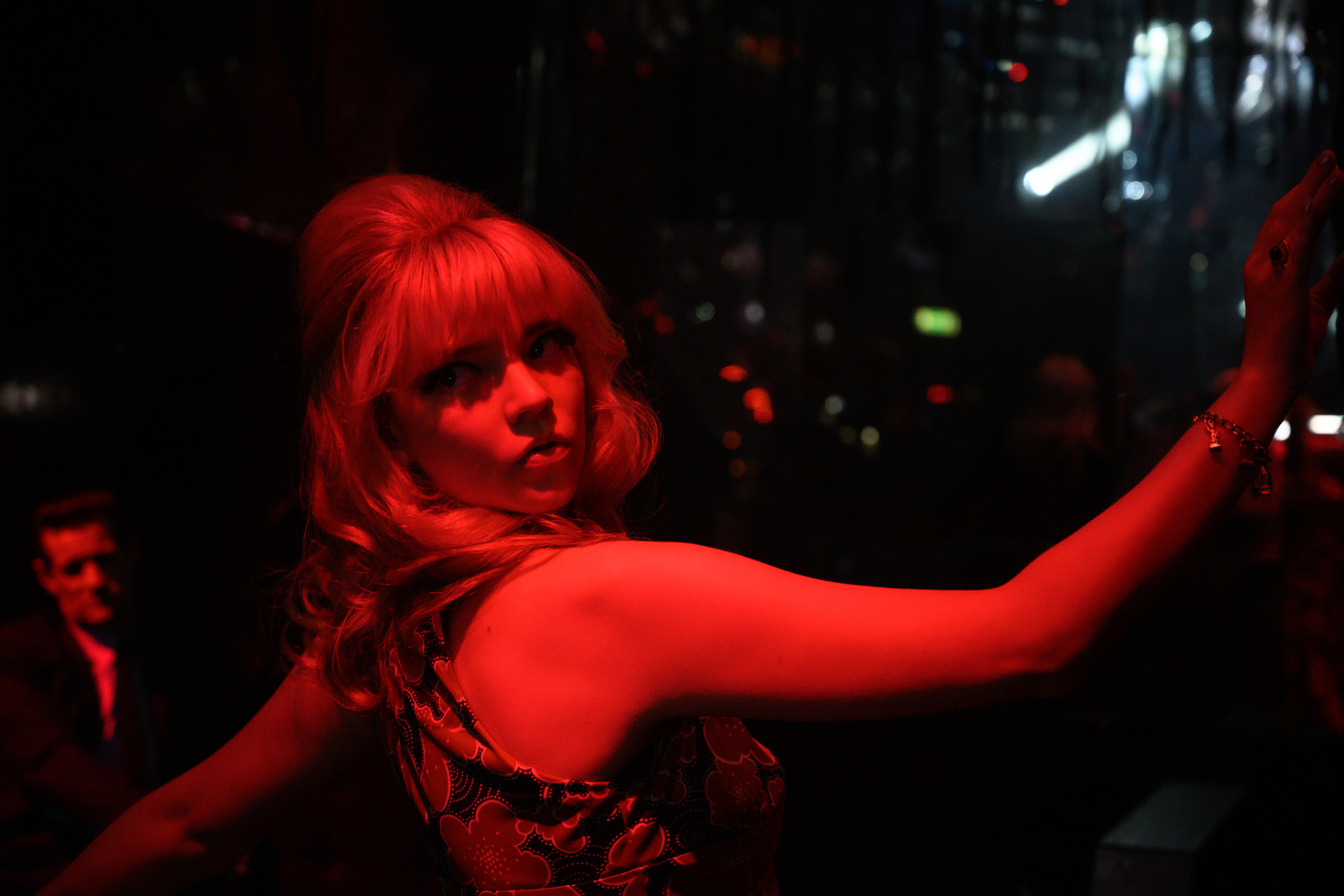 Can someone get Edgar Wright a DJ residency? Or a prime-time (or drive-time) radio slot. Few working directors are so passionate and eager to play the tunes, to fill the audio mix of their films with their voluminous record collection. In the immensely entertaining Last Night in Soho, he associates and recalls––especially if you come from or reside in the UK––the Britpop era; that time in the mid-90s where British pop music (not forgetting the Spice Girls along with Oasis and Blur) was commercially triumphant, when it wore its British identity on its sleeve in ways that ranged from prideful to nostalgic to necrophiliac (the latter word as music journalist Scott Plagenhoef described it). Also vital to recall are the overlapping cross-currents of the Euro 96 football tournament (where the “It’s Coming Home” terrace anthem and meme derives from) and Tony Blair’s controversial rebranding of the UK Labour Party.

Last Night in Soho has some of that Trainspotting buzz, the wide-eyed feeling that everything bold and brilliant is possible on that quaint little island of Britain––America’s cultural domination be damned. It’s a homegrown film set and shot in contemporary London, with little of the typical tonal imprimatur of Working Title Films (responsible for Notting Hill, Bridget Jones, and the like)––although they are co-producers here, like the majority of Wright’s work. It really dazzles, inspires, and even empowers as a celebratory work about British culture while never forswearing the historical scrutiny the past deserves.

The ensemble is also sublime, especially Thomasin McKenzie, whose performance rivals and maybe exceeds Natalie Portman’s in Black Swan (similar notes of vulnerability and steel are required). She is Eloise––or as she prefers it, Ellie––a richly talented young clothing designer from a quiet, regional part of Britain (not specified, although this is Wright’s background too). She also is a schizophrenia sufferer and the film deeply excels in its nuanced depiction of the condition. Yes, disclosure and awareness of mental health is one way society has gladly progressed, but even in that context it feels like a landmark breakthrough for these issues in contemporary pop cinema.

Like many a hopeful creative before her, she comes to the big city for art school—”the big smoke,” as Londoners started self-describing it around the turn of the 2010s. Her experience starts to merge with a former inhabitant’s of the boarding house she rooms in––this is the irrepressible, mysterious Sandie (Anya Taylor-Joy, cleverly underused in screen time). She was also a green, aspirant singer, but this time in 1965 and shown in a revisionist manner that emphasizes the potential for abuse that came as an unhappy underside of the era’s sexual liberation.

The narrative starts slowly: initial scenes of Eloise bedding into her new, metropolitan university lifestyle have a broad quality. With sexual innuendo-laden dialogue, it overemphasizes and overdramatizes a little what this particular “fresher’s week” ritual might be. And as the present-day and ’60s timelines overlap there a few too many swinging London clichés that might have you thinking of Austin Powers. But at its best there are hints that Wright and excellent co-writer Krysty Wilson-Cairns have dutifully studied Jacques Rivette’s Celine and Julie Go Boating.

The second half, though, is an absolute rollercoaster, a Halloween fun ride down the grimy London sewers. There’s a “running through London” sequence that is a rival of A Hard Day’s Night. The editing of more full-on horror sequences is virtuosic. Steven Price’s score begins with what’s known as the most dissonant melodic interval in music, the tritone (see the track “Black Sabbath,” by, well, Black Sabbath), and jives nicely with the stacks of needle drops.

As always, Wright is a tad too slick: there’s a tidiness that doesn’t quite capture the flintiness of on-the-record inspirations Repulsion and Don’t Look Now. But for the majority of Last Night in Soho he provides a beautiful, thrilling surprise.