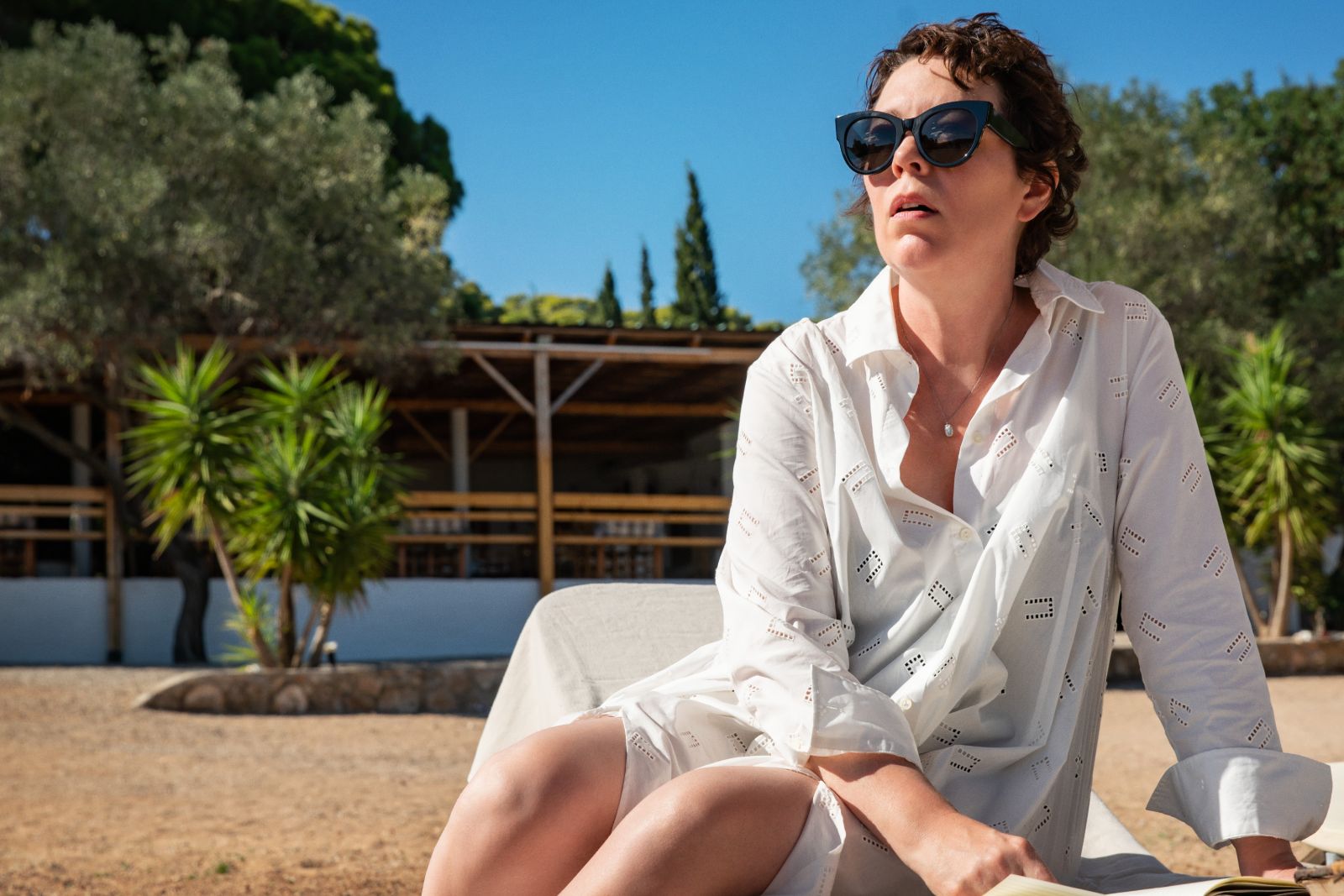 One of the particular pleasures of The Lost Daughter, actress Maggie Gyllenhaal’s debut feature as a director, is wondering which of the handful of sizeable female roles in the film she’d best excel at playing. Would it have been Olivia Colman’s, the literature lecturer Leda in the film’s present-day thread? Or even the younger version of the character, incarnated by Jessie Buckley, in a way that you can just about see the imperious matriarch she would grow into. There’s also a supporting role played by Succession’s Dagmara Domińczyk, with a Gyllenhaal-like gait––the kind of perky minor role she often found herself consigned to at prior stages in her career. To wit, in author Tom Shone’s recently published interview book with Christopher Nolan, the director offers the suggestion that a film’s lead actors consciously or unconsciously imitate the mannerisms of the director they’re acting for.

These reflections point to one particular fact: that this might be one of the stronger directorial debuts––at least the most confident and forceful––by a known actress since Sarah Polley’s Away From Her, her adaptation of short story specialist Alice Munro. The Lost Daughter is also an adaptation of a slim text, that of newly-crowned (as in recently placed in the “canon”) Italian literary great Elena Ferrante; a novel of hers taking place in a carefully fashioned present-day timeline, adorned with a number of judicious flashbacks that help enrich our sense of the central character, but don’t make the text into a puzzle where past occurrences dully explain the present.

Her chief successes are in making her adaptation of The Lost Daughter as intellectually engaging as the novel, whilst bringing the characters to life with performances beautifully appropriate for cinema––one thing an author doesn’t have in his or her arsenal, is summoning a camera “close-up,” with an actor creating that particular emotional transparency in tandem. Shot beautifully by Hélène Louvart (a regular collaborator of Alice Rohrwacher and Eliza Hittman), the blocking can be a tad prosaic, sticking to simple set-ups privileging her actors, and avoiding more complex ensemble sequences, or shots that give a broader sense of the lush Greek island environment the film’s two sets of characters meet on in happenstance.

So, in a tale of parallel mothers, we have Leda (Olivia Colman), the Italian literature specialist and translator who comes on a mysteriously solitary holiday to an unnamed Greek Island; the craggy American expat Lyle (Ed Harris) owns the holiday home she’s renting, and helps her settle in. On the nearby beach, she spies a large nouveau riche-type brood, of which Nina (Dakota Johnson) is one, a young mother who Leda casts her eye upon in voyeuristic, Rear Window-alike fashion (from a creaky, white deck chair further away from the shore). Nina has a young daughter, who leaves her doll at the beach one day; Leda retrieves it, but rather than immediately giving it back, she hangs onto it as if she herself were a young girl besotted with a toy.

The bottom line is that seeing this other family––and almost forensically studying Nina’s maternal behavior––sends Leda on an existential quest through her memory, recounting her struggles as a mother of two unruly young daughters, alongside a passionate affair she had with another American academic (Gyllenhaal’s partner Peter Sarsgaard). The particular crux is that Leda’s dissatisfactions with motherhood––in spite of her ardor towards her own children––lead her to make a bold decision towards her family obligations, in light of her career and her own personhood.

In the flashback sequences, Jessie Buckley gives a sprightly and passionate performance, counterposing nicely to Colman’s somberness in the present. But there’s one sequence late in the film worth highlighting that encapsulates the film’s concerns in a strange digression from the main story. In a moment uncannily perceptive about what’s it’s like to be in a foreign country, looking for something new to do on one of your evenings there, Leda sits in a beer garden showing a 50s Hollywood melodrama, palely projected onto a sheet. She sits with her lager glass as a mob of teenage boys gatecrash the screening, plonk themselves down in the front row, and proceed to jeer at the screen, and upturn the ad-hoc deck chair seating. Colman goes to complain to an usher, and gets stonewalled, to which she can only laugh. This sequence is in the book also, but Gyllenhaal is able to better express how it uncovers Leda’s fear, and maybe jealousy, of younger people, her relationship to them in light of her own wants, biases, and desires.

But where The Lost Daughter falters compared to its source, is its lack of concision––the novel has a bitingly sour ending, and we end the book giddy from the storytelling sleight of hand. Gyllenhaal’s film doesn’t have that succinctness and economy; it’s more a wandering, unresolved portrait of motherhood, navel-gazing slightly in its bourgeois nook. While Ferrante is more uncompromising: a splash of freezing water in the reader and protagonist’s face.

The Lost Daughter premiered at Venice Film Festival and opens in theaters and on Netflix in December.