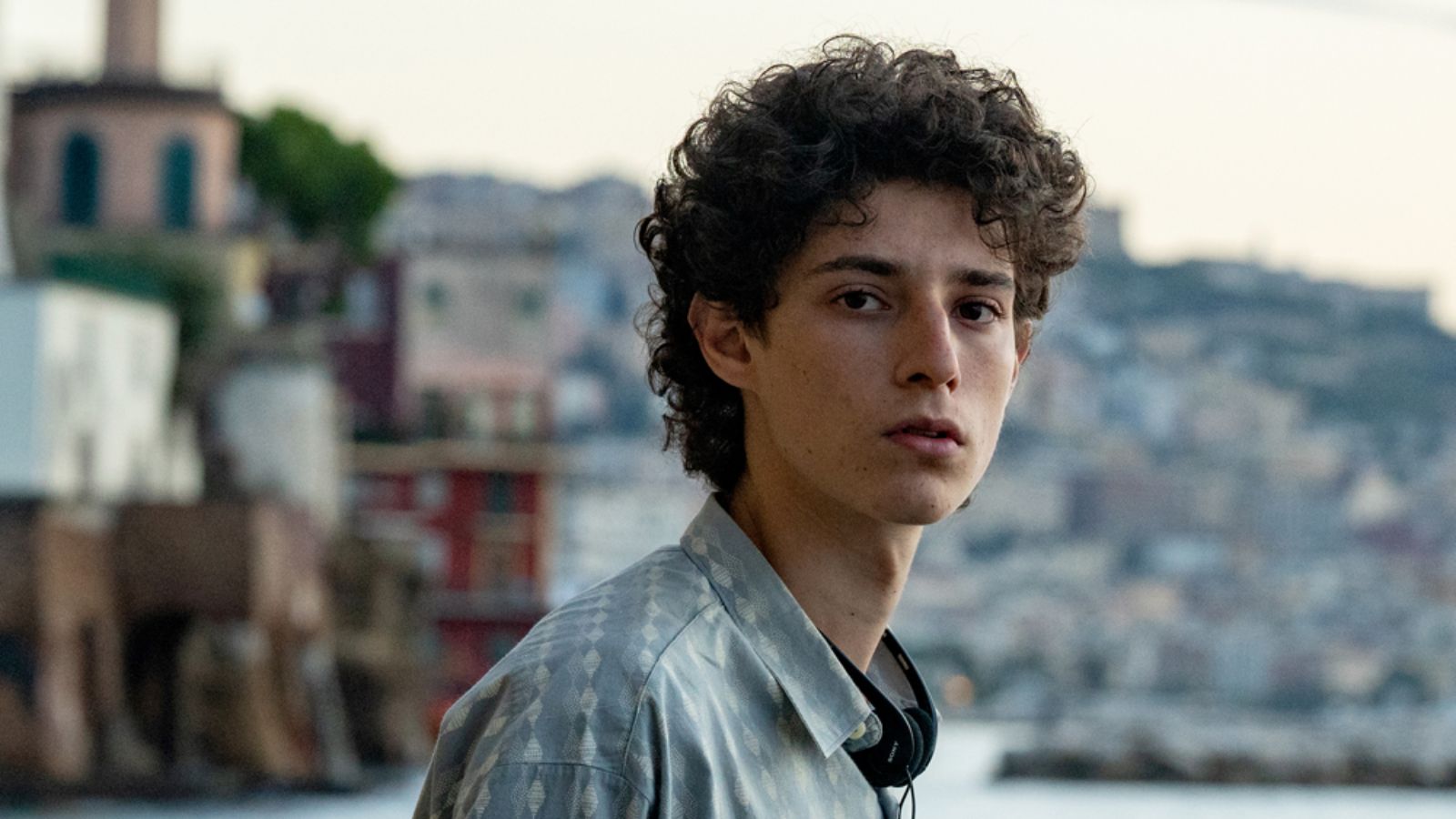 Contemporary filmmakers clearly have an enormous bee in their bonnet for the coming-of-age film and poetic youth memoir—even Steven Spielberg is currently getting in on the action with his cutely named The Fabelmans, reminiscing on his Eisenhower-era boyhood in Arizona. There are a handful of potential explanations for this: the adjacent popularity of autofiction (that modish literary form initially popularised in France) has found authors—from Norway’s Knausgaard to Ferrante in Naples—deep-mining their own backstories, reinventing what we know to be realism. So there’s something in the air. Can it also be the self-publicising spree of social media platforms? For this writer’s money, climate anxiety seems relevant: the urge to preserve, to scan past memories before a great erasure. Even James Gray, often impervious to fashion, is setting up Armageddon Time, about his upbringing in ‘80s Queens.

This is all eternally relevant for Paolo Sorrentino’s new film, The Hand of God, though the Fellini-mad filmmaker also invokes 1973’s Amarcord (Italian for “I remember”), among the very first of this particular tradition. And to his credit, he has something very specific to unfurl—not exactly wholesome white-picket fences or high school hazing. This is his full gaze at something alluded to indirectly in much of his work: his southern Italian, Neapolitan background, and the death of his middle-aged parents in his late teens, leaving him an orphan; too mature to settle into a new family of godparents or close relatives, but abandoned with a rupture that feels like a parody of divine intervention, that will harrow him for the rest of his life. We can’t take for granted how important it is to have our aging parents by our side, as we ourselves pass through the challenges of adulthood.

Yet we might still miss Sorrentino’s prior, more unforgiving tone, and his sleek filmmaking style; it’s arguable this material doesn’t mine the best of his strengths. In spite of its weighty tragedy, The Hand of God also further unveils the mawkishness dotted throughout The Great Beauty and This Must Be the Place, given full indulgent reach here, not to mention the self-aggrandizement of what is becoming a cliché of this filmic sub-genre: the sentimental education by which its author transcends woe and sets on the path to becoming a “great” artist who would go on to make the film we’re currently viewing.

There is some very broad, bumptious humor in the initial scenes, clearly cathartic and meaningful for Sorrentino to recreate, but less rewarding perhaps for the audience to endure. Moving against the precedent, in fact, of Fellini’s Amarcord dream masque, Sorrentino plonks us right down in the middle of his alter-ego and lead character Fabiè’s (perm-haired newcomer Filippo Scotti) extended family dinner table for what feels like the real-time duration of a four-course Italian meal. The impulse is to duck and cover as tedious private jokes are shared between his communist-leaning banker father Saverio (typical Sorrentino axiom Toni Servillo), his caustic ma Maria (Teresa Saponangelo), and a bevy of interweaving aunts, uncles, grandparents and hangers-on, bobbing and weaving through the cramped apartment corridors with the tempo and mannerisms of a mediocre stage farce. A feeling of overcompensation reigns: Sorrentino is often far more canny in setting up the dramatic stakes of the first acts.

Then, after a long-term affair of Saverio is revealed, the parents split, then reunite, before tragically dying in one another’s arms after a carbon monoxide poisoning. Sorrentino handles this aspect of the film tastefully and appropriately, but he still can’t help tying up the remaining near-hour of the film with the tidiest of bows. (Another way The Hand of God invokes, with its topic, and then ends up betraying the autofiction trend, is in seeing life as a coherent arc towards fulfillment.) There’s an amusing, far-fetched scene where Fabiè belatedly loses his virginity, yet it feels Sorrentino is impatient to get him on that train north to Rome, where he can start examining the country’s perennial political corruption (seen well in Il Divo and The Young Pope) and modernize our idea of Italian opulence with his signature diagonal camera moves, befitting the Berlusconi era’s doublespeak.

The Hand of God, hinted at in the title for the soccer / football fans among us, is also a sport-o-philic film. But this is another underwhelming aspect, uniting Fabiè and his hero Maradona as uncomplicated deities surging towards greatness. The Young Pope’s Lenny Belardo revered Daft Punk and Cherry Coke Zero; Fabiè looks up to a mercurially talented, corruption-riddled footballer more than his family, or even cinema. And which is more interesting?

The Hand of God premiered at Venice Film Festival and will arrive in theaters and on Netflix in December.