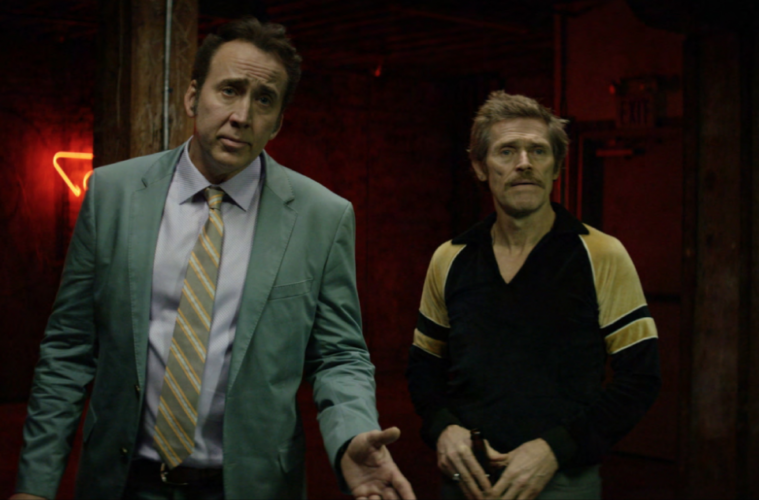 If you ask our critics on the ground, a number of great films have already premiered at Cannes — mostly in competition, however. And while those screening in the other sections are inevitably overshadowed in just about every way, some of the best titles emerge therein year after year. I’ll go out on a limb and say I expect this to be the case with Paul Schrader‘s Dog Eat Dog, a crime thriller led by Nicolas Cage, Willem Dafoe, and… Schrader himself?

Feast your eyes upon the great writer-director’s onscreen acting debut, footage of which has been revealed in a clip posted to Deadline. As he told them:

“I had no intention of playing The Greek. Over pre-production, I approached Michael Douglas, Quentin Tarantino, Martin Scorsese, Nick Nolte, Chris Walken, Jeff Goldblum, Michael Winncot and Rupert Everett to play the Greek as a transgender Cleveland gangster. For one reason or another, none of them worked. I was the only actor we could afford. ‘I may not be good,’ I thought, ‘but at least I’ll be interesting.’”

Another clip, a batch of new photos, and a full synopsis have arrived shortly before Dog Eat Dog‘s premiere. Fail though they might to give a proper indication of how this all pans out — Schrader’s recent output has been a bit spotty, admittedly — these first signs (e.g. Cage appearing to really, truly give a damn, and Dafoe being Dafoe) are very fine indeed.

See a clip below, and the other two on Deadline (here and here):

When three desperate ex cons are offered a job by a Mexican mob boss, they know they should refuse, but the payoff’s too rich to turn down. All they have to do is kidnap the kid of a colleague who’s ripping the mob boss off. But the abduction goes awry when the kidnappers are forced to kill an unexpected intruder who turns out to be the child’s father – the very man the mob boss intended to extort. Now unwelcome in the underworld and on the run for murder, the ex cons find themselves as the most wanted fugitives in the City of Angels. And each vows that none of them will ever go back to prison. No matter what the cost.