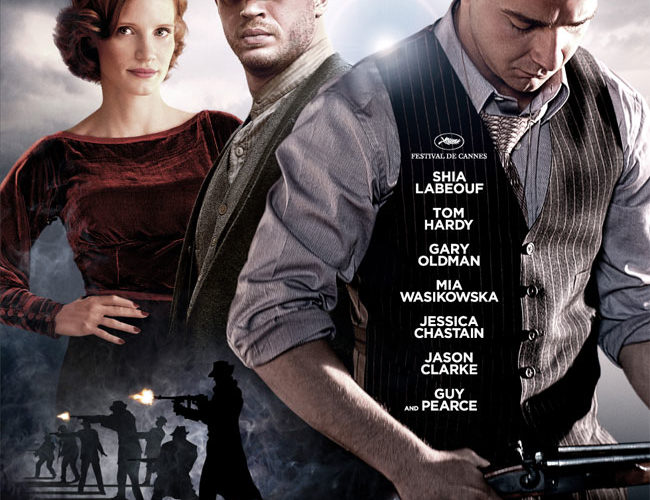 We’re just about a week away from one of the more entertaining movies of the summer, John Hillcoat‘s Lawless and for the occasion, The Weinstein Company has done a media dump of seemingly all remaining video assets of the film. This evening, we’ve got a red band trailer, three clips and over ten minutes of b-roll footage from the set.

As we know, the crime drama is based on Matt Bondurant‘s prohibition-era novel The Wettest County In The World and stars  Shia LaBeouf, Tom Hardy, Jessica Chastain, Jason Clarke, Guy Pearce, Gary Oldman, Mia Wasikowska and Dane DeHaan. The red band trailer is actually surprisingly light, with a few glimpses of blood and skin, but the b-roll footage packs some jovial times as we see some otherwise deadly serious actors have fun. Check out all the footage below.