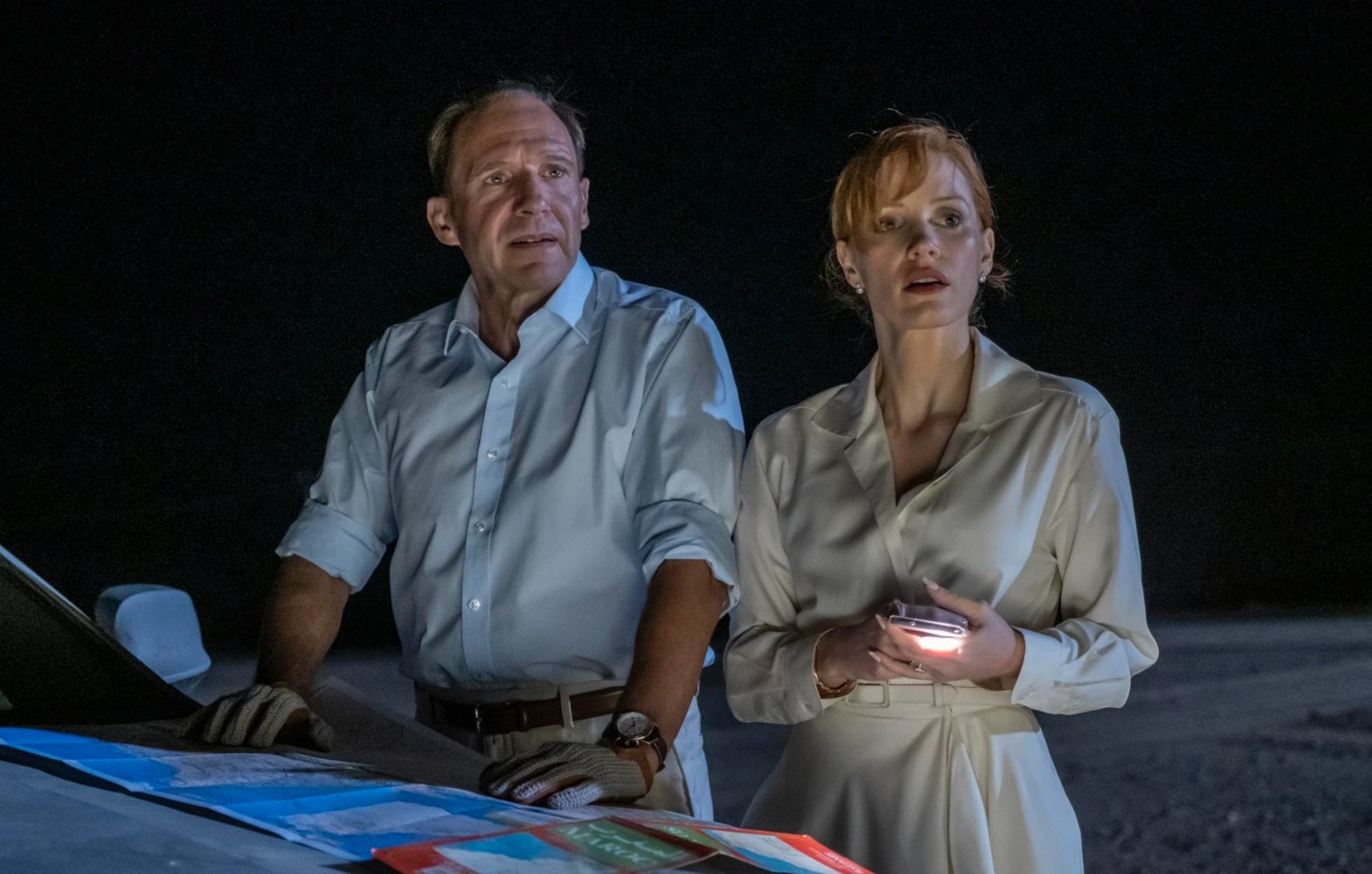 At a time when western cinema is in its most self-consciously liberal mode ever, it’s hard not to have mixed feelings about John Michael McDonagh’s The Forgiven, yet another treatise on decaying whiteness amidst the remnants of colonialism—something in the mode of Alejandro González Iñárritu or Michael Haneke’s audience-hectoring tracts, but with less heaviness and a bit more “movie-movie” gloss to make it go down a bit easier.

Based on a 2012 bestseller that must’ve been considered something like a modern iteration of Paul Bowles’ The Sheltering Sky, we find David (Ralph Fiennes) and Jo (Jessica Chastain), an unhappily married rich couple, on getaway in Morocco to attend a lavish countryside party of various prominent white people from across the western world. As managed by an old money yet fresh-faced bickering gay couple (Matt Smith and Caleb Landry Jones), likely a high percentage of the intended upper-middle-class audience will recognize either those they know or want to be amidst these many guests.

Though accidentally running over and killing a teenager during their dark night drive to the party, David and Jo choose to ignore the incident until the boy’s father and other village residents make their way to the gate estate demanding accountability. After wavering between solutions of paying them out or letting their privilege hopefully bury the accident, David eventually makes the tough decision to venture to the fallen boy’s village and seek forgiveness.

David, on the other hand, has his conceptions and prejudices around the Arab world change by having to actually spend time with people he instantly assumed were terrorists. The film operates in these two modes: a classic Hollywood throwback hinging on star power and witty banter; or an old-fashioned liberal morality play. It’s in the latter where this operation becomes flimsy, or rather where the film’s heart isn’t really in it. Most scenes between Fiennes and the Moroccan villagers, in their prosaic and overly earnest quality, grind things to a halt. Maybe it’s just because there’s something both equally funny and disingenuous about having Fiennes, an Epstein black book entry, get to wink at the camera by making a Prince Andrew joke in times of strain.

Perhaps The Forgiven is a case of overstaying a welcome; the company of these people is not so great as the narrative lurches towards the two-hour mark and every point has been made clear. It’s a work by people who aren’t talentless or stupid but lack the perspective to say or present anything an audience looking to have its worldview reaffirmed wouldn’t already agree with.