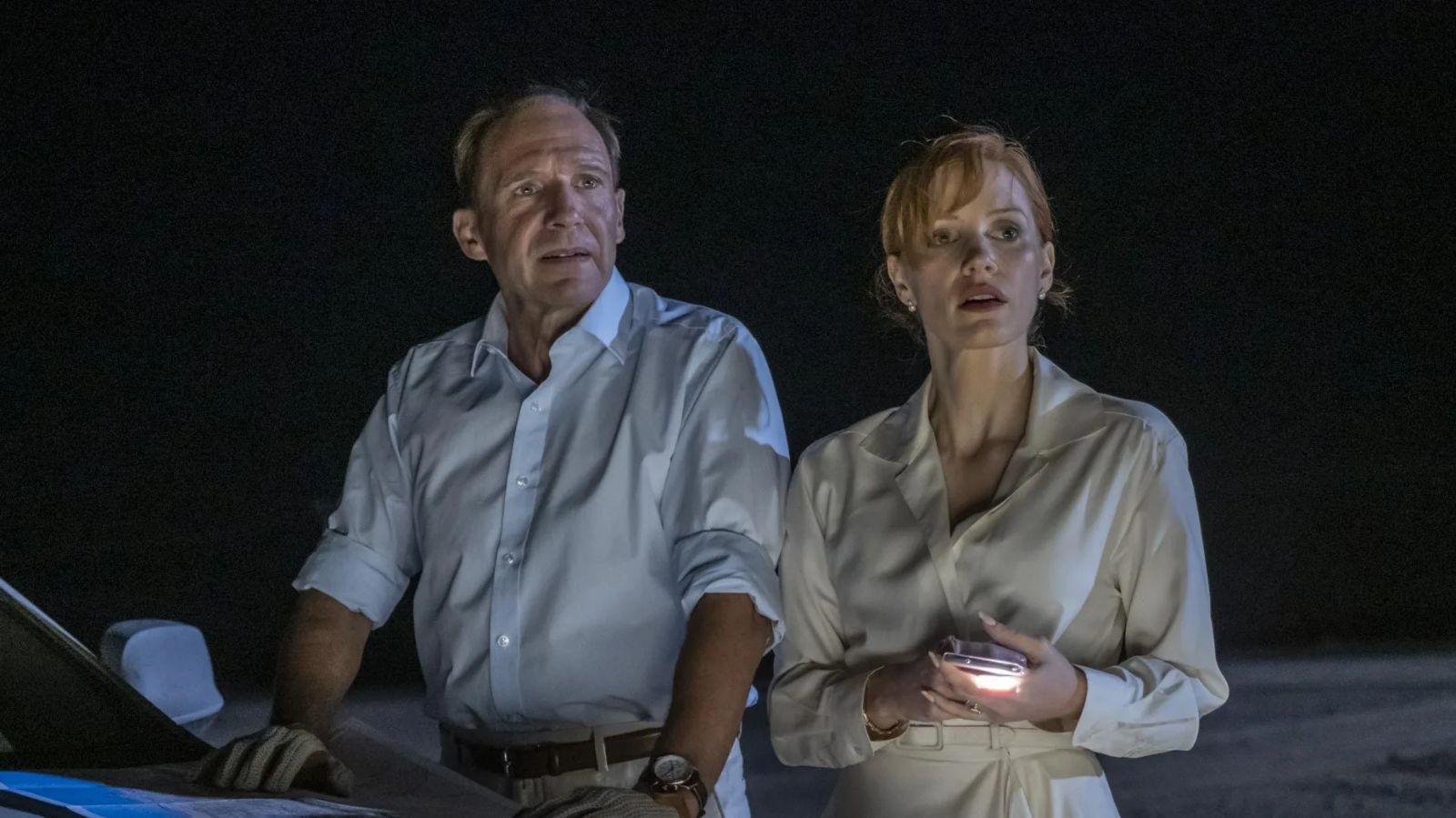 Before Martin McDonagh’s In Bruges reunion The Banshees of Inisherin arrives this fall, the latest from his brother John Michael McDonagh, The Forgiven, opens this summer. Despite a TIFF premiere that seemed to go under the radar last fall, the proposition of Ralph Fiennes back in the McDonagh family—alongside Jessica Chastain, Caleb Landry Jones, Christopher Abbott, and Matt Smith—has us quite intrigued. Ahead of a July 1 release, the first trailer has now arrived.

Speeding through the Moroccan desert to attend an old friend’s lavish weekend party, wealthy Londoners David and Jo Henninger (Ralph Fiennes and Jessica Chastain) are involved in a tragic accident with a local teenage boy. Arriving late at the grand villa with the debauched party raging, the couple attempts to cover up the incident with the collusion of the local police. But when the boy’s father arrives seeking justice, the stage is set for a tension-filled culture clash in which David and Jo must come to terms with their fateful act and its shattering consequences.

The Forgiven opens on July 1 in theaters.