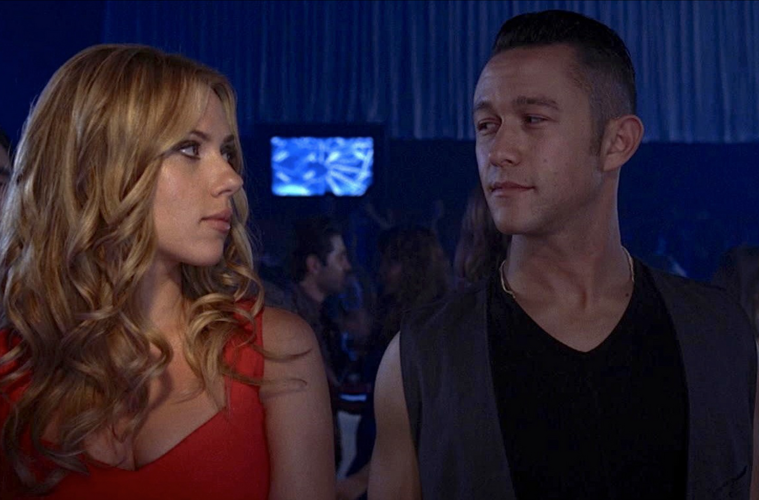 Joseph Gordon-Levitt has seemingly conquered it all this year, from working with Steven Spielberg and Christopher Nolan (where he potentially just became the next Batman) to starring in one of the slickest sci-fi films with Looper. Not only did he take part in all that, but the actor recently turned director for Don Jon’s Addiction and we have the first image today.

Announced as a premiere at Sundance, Gordon-Levitt also stars in the film he wrote and directed and above we can see his new look next to co-star Scarlett Johansson. JGL stars as a “selfish modern-day Don Juan who attempts to change his ways” in the film described as “charming.” The rest of the ensemble includes Julianne Moore, Tony Danza, Glenne Headly and Rob Brown.

Below, one can also see the first look at another Sundance premiere, with a photo of Adam Scott in A.C.O.D., a drama from Stuart Zicherman. Scott stars as Carter, a “well-adjusted Adult Child of Divorce. So he thinks. When he discovers he was part of a divorce study as a child, it wreaks havoc on his family and forces him to face his chaotic past.” The impressive cast also includes Richard Jenkins, Catherine O’Hara, Amy Poehler, Mary Elizabeth Winstead and Clark Duke. Both images come from Sundance with a hat tip to The Playlist for grabbing them.