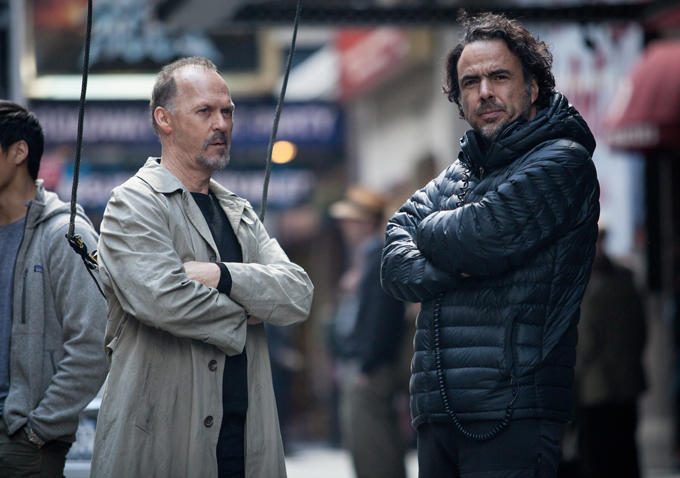 After festival stops at Venice, Telluride and New York, Alejandro González Iñárritu‘s latest feature, Birdman, will finally be arriving in theaters this week. We said in our Venice review, “The extent of the film’s thematic canvas – reality vs. representation, personal suffering as artistic transcendence, a dash of contemporary movie business satire – mirrors the trajectory of the man’s psychological breakdown, even if he weren’t talking to an imaginary version of himself in full Birdman costume and Bale-like (nice touch) growling voice, or channeling his rage into telekinetic powers.”

While closing New York Film Festival this weekend, the director and a majority of his major cast — Michael Keaton, Edward Norton, Naomi Watts, Emma Stone, Zach Galifianakis, and Amy Ryan — sat down for an extensive, 45-minute Q&A. Among the topics discussed are fighting with one’s ego, criticism, the differences of working in theater vs. film, being a celebrity vs. actor, and much more. Check it out below (warning that there’s minor spoilers), along with a batch of clips, a new featurette and ten posters featuring Keaton’s Birdman in various cities. Birdman opens in NY/LA on October 17th and expands through November.