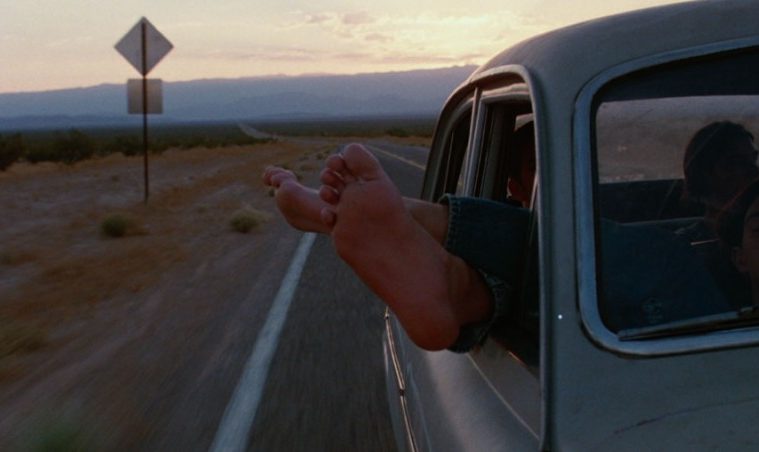 If nothing else, Gus Van Sant’s latest feature, Don’t Worry, He Won’t Get Far on Foot, has engendered the most energetic discussion and retrospective viewing of his work in a noticeable length of time — since Paranoid Park, it seems? (We weren’t too keen on the film when seeing it at Sundance, but Lord knows it’s considered a step above some others.) Case in point: Le CiNeMa Club have the Academy Film Archive’s restoration of Four Boys in a Volvo, his 1996 piece “made from material shot for a Levi’s commercial on which [he] was given complete freedom.” Brief in length, intimate in focus, vast in its landscapes, and positively aglow from what is perhaps his first collaboration with Harris Savides — thus preceding Gerry by six years — it distills a remarkable amount of Van Sant’s predilections and appeal into four lucid, dream-like minutes.

Four Boys in a Volvo can be streamed, for free, here until Thursday, July 19.