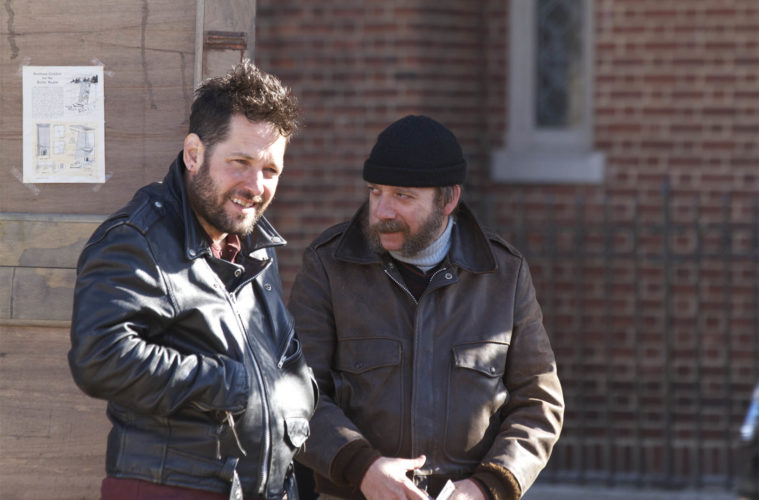 One of the most welcome surprises amongst the Tribeca Film Festival 2013 line-up was the next film from Junebug director Phil Morrison. Serving as a deserved break-out for Amy Adams, his debut was released in 2005 and since then Morrison has kept busy producing such films as Meek’s Cutoff and Wendy and Lucy, but now he’s finally finished his next project, a new drama titled Almost Christmas.

Starring Paul Rudd and Paul Giamatti as “two French Canadian ne’er-do-wells travel to New York City with a scheme to a get rich quick selling Christmas trees,” we’ve got some new stills from the film today after previously showing off the one above. Also featuring Sally Hawkins, the film follows an “easygoing charmer Rene (Rudd) who clashes with misanthropic ex-con Dennis (Giamatti).” Check out the new stills below. We’ve also got the first image from A Birder’s Guide to Everything, which is co-written by Oscar-winner Luke Matheny (God of Love). Starring Let Me In and The Road‘s Kodi Smit-McPhee, the film follows “fifteen-year-old David Portnoy who leads the stalwart members of his local Young Birders Society on rollicking, interstate search for an extremely rare duck.” Also starring Ben Kingsley and James LeGros, check out the first image below.