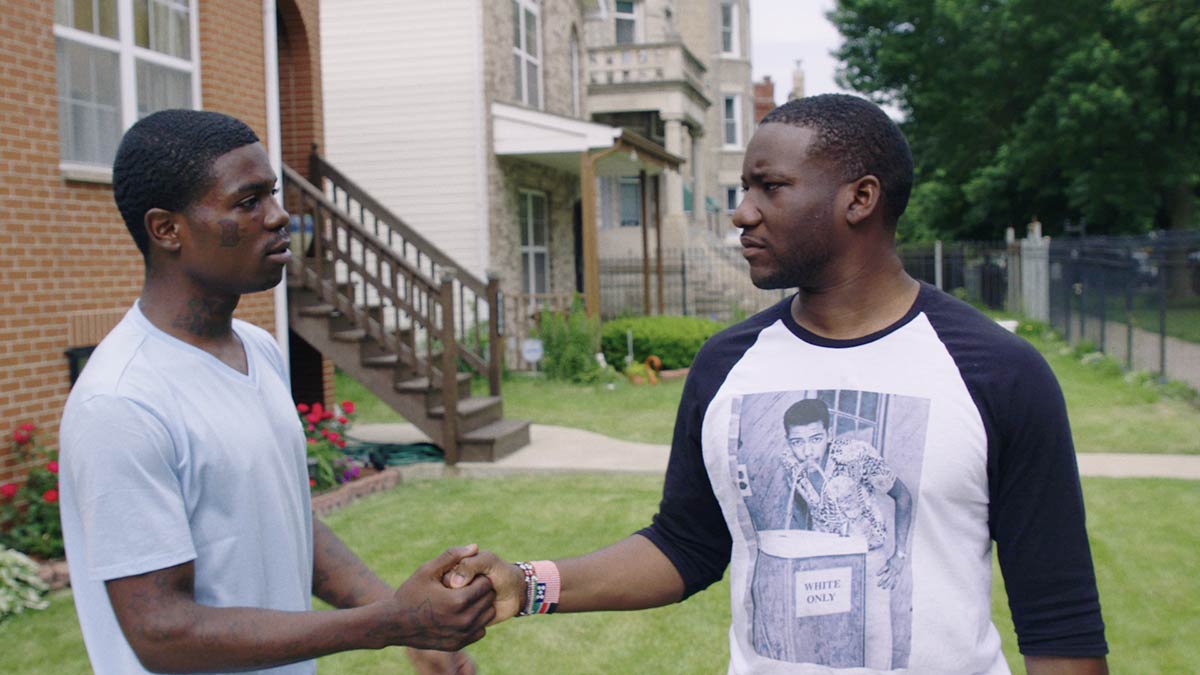 With his first documentary Minding the Gap, Bing Liu turned the lens on himself and his friends to examine the domestic violence around them. One of the more human documentaries of the last decade, Liu’s film looked at Rockford, Illinois, and the racial and social elements that affect young men and women in this decent-sized city. With his newest effort, All These Sons, Liu and collaborator Joshua Altman focus on Chicago’s South and West Sides, following young Black men at IMAN and MAAFA, two community organizations aiming to keep these men away from the gun violence that surrounds them. Once again the resulting film bursts with empathy, built-in trauma, and forgiveness.

All These Sons follows the leaders and participants in these two programs as they strive to stay out of harm’s way, looking at the trauma of their past experiences, learning valuable and tangible skills, and sometimes just giving these men a place to be. The leaders of these organizations aren’t necessarily saints—some served jail time, others committed heinous crimes earlier in their lives—but they give these men mentorship and a paternal force guiding them in the right direction. It’s easy to forget that there’s a camera in All These Sons, as the filmmakers are given nearly unlimited access to the lives and actions of many of these people.

Early on, one program leader asks two questions: “How many in this room have been shot at? How many have been in prison?” Both times, more than half the room raised their hands. Liu and Altman’s documentary looks at the systemic violence that plagues these areas of Chicago, using news footage, animation, overlays, and an intimate, roving camera to attempt to give an accurate portrait of a neighborhood in which hearing gunshots is part of normalcy.

Much of All These Sons deals with the thought process of these up-and-coming 20-somethings, asking questions of who deserves to be forgiven, how they need to dream differently, and constantly work on seeing themselves in a different light. Liu and Altman explore these themes, along with the discriminating prison and police systems, with extreme humanity; they want to paint portraits of these people sans bias or inequity, showing the difficulty of their situations, the painstaking efforts of their mentors, and the ultimately understanding nature of their decisions, even if those decisions seem irreparable. All These Sons wants you to believe that none of these people are beyond repair, beyond forgiveness, and beyond change, a glorious and bright outlook despite the violence that corners them.

It’s understood that these programs do not push participants’ problems to the side. There’s no eraser tool. But it gives them an outlet for healing, a place to tell their stories and work towards another path. The film lacks flourish, but substance should always be prioritized over style, especially when the questions being asked and communities being explored are this urgent. Liu and Altman understand that the experiences of these Black men, both young and old, make this documentary compelling and essential.

All These Sons, which unfolds chronologically, could go for hours and hours surveying each person, all of whom deserve more time to chronicle their lives for a willing listener. But the snippets we get instill a sense of hope—the idea that neighborhoods and attitudes and dreams can change, and that trauma can be met with empathy rather than violence. Liu and Altman put forth a film that causes you to be upset with these systematic cycles of violence and oppression while also giving you a desire to create positive change yourself or, at the bare minimum, support those making a difference. Like Minding the Gap, it’s likely as human a film as you can see.

All These Sons premiered at the Tribeca Festival.