Tribeca Review: Roaring 20’s Reflects on the Present with a One-Take Parisian Journey 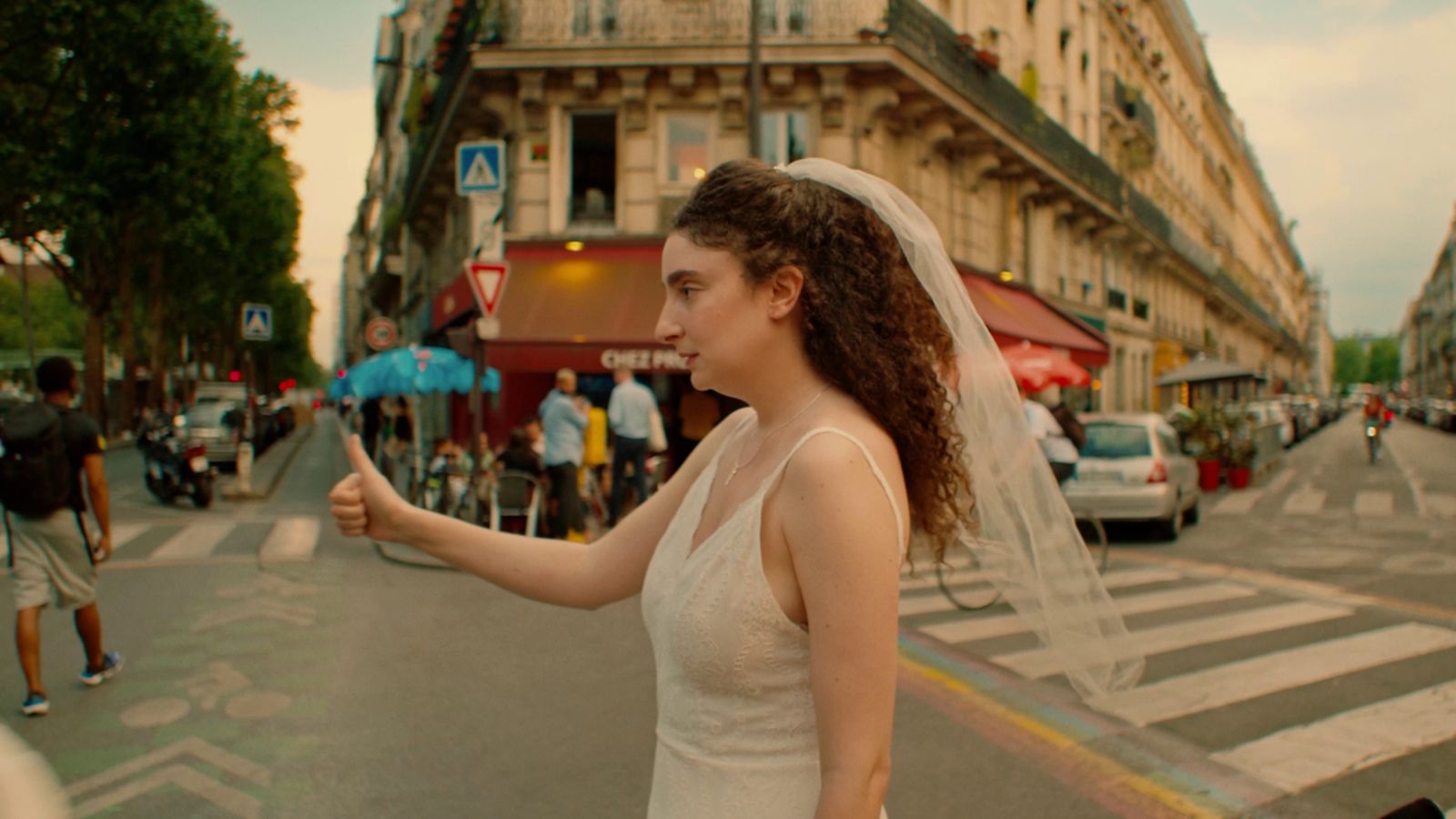 In a year that isolated us with grief and loss, how do we find a renewed sense of connection to the world around us? This seems to be the question that Roaring 20’s, an inventive drama from French director Elisabeth Vogler, seeks to answer. Shot entirely in one take, the film follows a fabric of Parisians around their city as they converse about history, art, philosophy, and the meaning of existence.

An ordinary encounter between a man and a friend’s brother he’s picking up from the station turns uncanny when, for a lark, he performs an act of hypnosis on her. It doesn’t work—perhaps. She’s suddenly distraught, musing out-loud about states of consciousness and dreaming. Are we conscious or dreaming? Before we can determine that for ourselves, the film reveals its gimmick, letting our two supposed main characters walk out of frame while the camera focuses on its new temporary protagonists: a pair of passing artists carrying a statue and discussing the concept of blackness. These conversations, switching perspectives every few minutes, are the core structure of the film, all while roaming the streets and subways of Paris.

Naturally, for a movie centered around dialogue, there are some brilliant, memorable, and funny lines: “I’d rather create new myths than waste my times trying to destroy old ones;” “I’m in the future, dude;” and “In 10 years, we won’t be able to tell stars from satellites because everyone will be connected to the Internet” are just a few I jotted down. If they sound pretty random, it’s because they are—Roaring 20’s creates the effect of dropping in on a dozen of your friends’ spitballing conversations at the point when they’re getting most heated. Some are truly metaphysical, defying the logic of conversation, while others are more straightforward, and still others are pure comedy. Paired with Vogler’s fantastic cinematography that luxuriates in the visual beauty of Paris, we get a full sense of the city as a living and thriving organism.

Because of its loose, tapestry-like structure, Roaring 20’s can start to feel a bit muddled near the middle. Segments can really flounder when the writing isn’t strong or interesting enough, and tackling such a broad range of subjects and characters means the movie doesn’t get a chance to build on itself. Each change of topic can feel discordant or jarring, especially if a really compelling pair has been exchanged for a more lackluster one. The film bringing everyone back together at the end is an egregious fumble, smacking of a twee attempt to wrap all its various themes up neatly. Despite these shortcomings, there are some real stand-out sequences that grab your attention and stick in the memory. A comedian who, like many of us during the pandemic, discovers his passion for a totally different field and desires a change of career, which he’s trying to justify to his frustrated manager; a biker who recites poetry out-loud as the camera trails his route; and a particularly stunning moment when we inhabit the space of the camera and sit across from a woman on a park bench who starts to read our tarot spread, unprompted. You’re experiencing an upheaval, she tells us. This situation isn’t one that suits you anymore.

She’s speaking to another character, as it turns out, but she’s also of course speaking directly to us, the audience. Roaring 20’s, through its myriad messages, tries to make some sense of the life-changing, collective madness we experienced in the past year, and attempts to give us back the hope the pandemic might have robbed from us. Follow the little light shining through the darkness, the tarot reader says to us—and remember that if you feel lost, it’s completely normal.