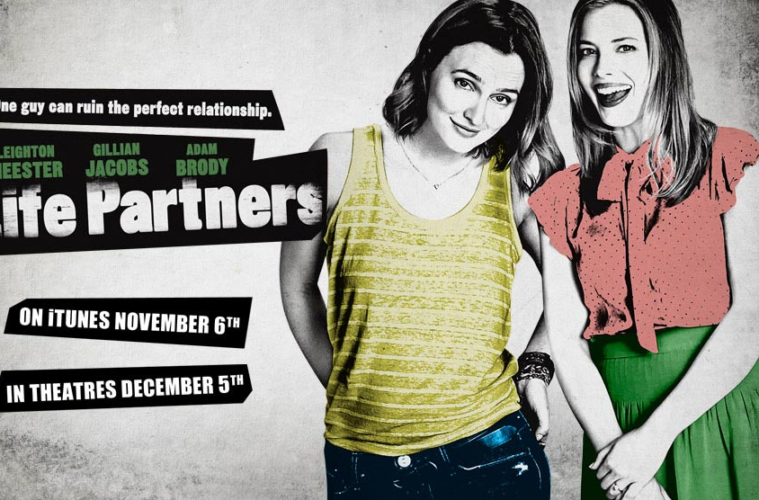 Premiering at Tribeca Film Festival earlier this year, the drama Life Partners follows Paige (Gillian Jacobs), a straight environmental lawyer and her BFF Sasha (Leighton Meester), a receptionist-musician who has recently gone through a breakup and finds it difficult to navigate the smallish lesbian community of the unnamed city they reside in.

Directed by Susanna Fogel, the first trailer has now landed ahead of a release later this season. We said in our review, “What works is the real, nuanced relationship on screen, as Jacobs and Meester have several wonderful, realistic and telling exchanges. This is a story that’s been told before, sure, but emotionally it has original moments. ” Set for a VOD debut on November 6th and theatrical run on December 5th, check out the trailer and poster below for the film also starring Adam Brody and Gabourey Sidibe.

At 29, the most long-term relationship Sasha (Leighton Meester) and Paige (Gillian Jacobs) have ever been in is with each other, using their co-dependent friendship as an excuse not to venture out into the dating world alone. But when Paige meets nerdy Tim (Adam Brody) and starts to get serious for the first time, the nature of their friendship begins to shift. Fearing she’s being cast aside, Sasha tries to keep their relationship the same, but does growing up also mean growing apart?