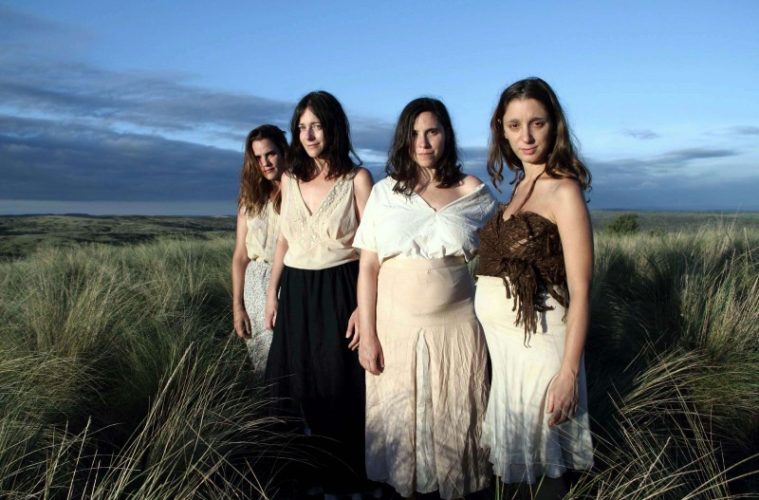 A decade in the making and shot across three continents, the film stars Elisa Carricajo, Valeria Correa, Pilar Gamboa, and Laura Paredes across six episodes, each bringing a different genre to the table, from a bonkers B-movie about mummies to a musical to a spy thriller to a Renoir remake and beyond. Llinás, who burst onto the international filmmaking scene with 2008’s four-hour Extraordinary Stories, once again shows his playfulness as four of the episodes have no ending, one has no conclusion, and another has an ending but no beginning. To mix things up, the director himself also frequently appears to help guide (and divert from) the story.

Calling it “a landmark in filmmaking,” Leonardo Goi said in his rare A-grade review from Locarno, “This film is about its four actresses in the sense that it is a testament to how their craft developed through time. And the feeling of awe that transpires from that late montage, the feeling of having watched four artists grow, is indissolubly contingent on the film’s colossal length.”

Opening next Friday at NYC’s Film at Lincoln Center, the Argentinian odyssey will be presented in four parts across two weeks. Parts 1 & 2 play August 2-8 with the director in person on opening weekend and Parts 3 & 4 play August 9-15.

See the exclusive trailer below–which only reveals about .00003% of the film yet gives an enticing glimpse of the adventure that awaits–along with the gorgeous poster by Scott Meola.

A decade in the making, Mariano Llinás’s La Flor is an unrepeatable labor of love and madness that redefines the concept of binge viewing. The director himself shows up at the start to preview the six episodes that await, each starring the same four remarkable actresses: Elisa Carricajo, Valeria Correa, Pilar Gamboa, and Laura Paredes. Overflowing with nested subplots and whiplash digressions, La Flor shape-shifts from a B-movie to a musical to a spy thriller to a category-defying metafiction—all of them without endings—to a remake of a very well-known French classic and, finally, to an enigmatic period piece that lacks a beginning (granted, all notions of beginnings and endings become fuzzy after 14 hours). An adventure in scale and duration, La Flor is a wildly entertaining exploration of the possibilities of fiction that lands somewhere close to its outer limits.