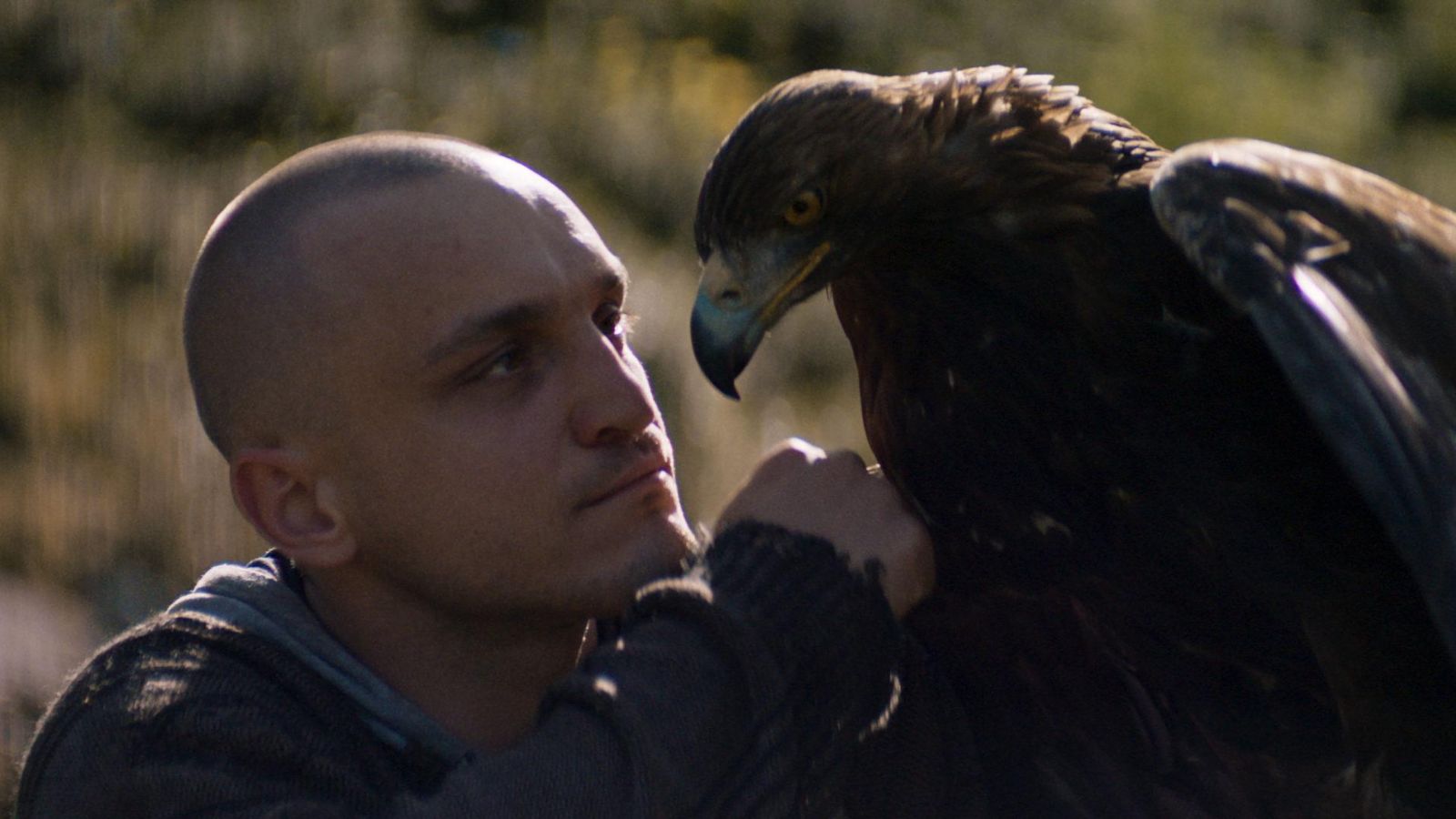 Perk the ears at any film festival and you might hear talk that Franz Rogowski is the best European actor of his generation. The captivating German offers further evidence to support such claims with Luzifer, a rather ugly sort of film (though intentionally so) made good by the strange draw of his charisma—plus, amongst other things, a terrific Tim Hecker score. Inspired by true events, it is the story of a secluded innocent who must do battle with a plague of satanic drones. The director is Peter Brunner, an Austrian filmmaker with a taste for grungy aesthetics. His 2018 film To the Night attempted something not too dissimilar with Caleb Landry Jones but couldn’t quite find the right alchemy.

Rogowski plays Johannes, a young man living in a state of precarious codependency with his mother, a recovering addict (played by artist Susanne Jensen) who has long since given herself over to the almighty. Bound together in their grimy Eden, matching shaved heads and all, they live a life of hard labor and peaceful isolation on a remote patch of the Austrian Alps that has, much to their ensuing misfortunes, caught the eye of a skiing corporation. Brunner’s film posits that Johannes has been there for the majority of his life (in the press material the character is compared to Kaspar Hauser) and is thus stuck in a stunted childlike state: socially inept and vaguely illiterate. He spends his days working, praying to God, and training an impressively winged eagle, named Arthur. He also believes dark forces lurk in the crevice of a distant mountain and that the ski-corp’s provocations might in fact be manifestations of the devil themself.

Brunner’s doom-metal vibe isn’t always easy on the eye, and while images in Luzifer shiver with portent as early as the opening frames–all muck, rain, and knackered-looking bodies––there is a clarity from cinematographer Peter Flinckenberg that saves it from being too sullen. And Brunner allows other, less moody energies to slip in. There are moments of real levity, mainly thanks to Rogowski’s performance: a writhing, physical piece of work that owes about as much to silent cinema and Mr. Bean as it does to Joaquin Phoenix. (Comparisons between the two have long since transcended those signature cleft lips.) It is a role that makes great use of a considerable array of his strange idiosyncrasies: the unusual magnetism; the wiry frame; the childlike timbre of his voice. We can expect some of the hardships to come for Johannes: of course he is sexually confused; of course he masturbates and feels shame; of course his mother disregards the corporations offers and threats; of course bad things are visited upon them. Satanic affectations aside, one thing leads to another.

To The Night slogged through some similar tonal waters, yet Landry Jones (a fine actor) was just a touch too emo in the role to make it palatable. Rogowski takes a different route and ends up, against the odds, looking kind of cute. At his lowest ebb, Johannes commits an appalling act with a Bible while wearing a shiny red American Football helmet—just after a decent sight gag with a light-up Virgin Mary. That Luzifer arrives via Ulrich Seidl’s production house should not go unnoticed. Much to his film’s benefit, Brunner appears to have gleamed a touch of his fellow countryman’s acidic sense of humor. It works.