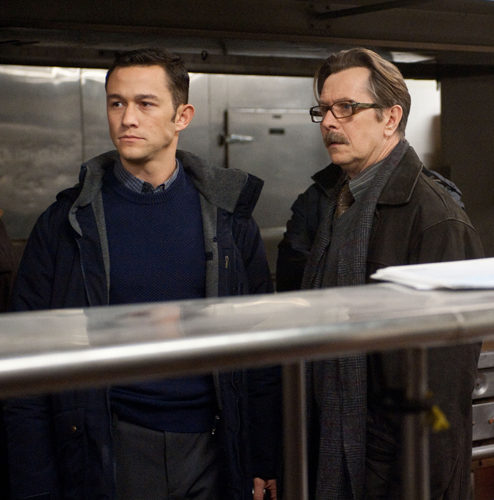 It’s been a long journey to the most-hyped film of the year, but with just under two weeks remaining until audiences actually get to see Christopher Nolan‘s final entry into his Batman trilogy, that hype is looking to hit a fever pitch. Warner Bros. have held the initial screenings of The Dark Knight Rises for critics and some lucky select few and to no surprise, the early word is strong.

Before we get to those impressions, the studio has released a 13-minute featurette which gives an epic overview of the story, then goes on to some interesting production aspects. We learn Nolan only used actual extras – over a thousand for some major sequences – with no CG trickery. They also dive into the creation of the high-flying IMAX prologue scene, including multiple helicopter usage, and more of the globe-trotting production.

Check out the full featurette below, along with a shorter version for those fearing spoilers. Following that, we’ve got the aforementioned first, brief impressions. There are more detailed write-ups floating around the web, but we’ve opted to hold off on those until the official review embargo lifts the week of release. And for the two people left in the world not planning to see this blockbuster, beware that the below may persuade you. That was… that was a thing of beauty. Amazing visuals, the tension, the emotion. Wow! The bar has truly been raised! #TDKR

My buddy (a film critic) texted me after a screening of The Dark Knight Rises. Apparently, it’s unbelievably brilliant. Best of the trilogy.

The Dark Knight Rises is… my favourite of the three

Saw this tonight at the IMAX Theatre at Universal City. Not allowed to review yet but I will say it was… epic. My favourite of the three.

Word is filtering through from critics about THE DARK KNIGHT RISES being an unbelievable film…. with the best ending ever.

Just finished the screening of Dark Knight Rises…so much awesome…can’t wait to see it again. And again. Nope, not a Bane fan, but tom hardy did a remarkable job. #2, #3 and #1 for the general filmgoer, #3,#2, #1 for me. I think this film closed the trilogy brilliantly, and Nolan took risks.

The Dark Knight Rises is not only easily the best Batman movie yet, but now one of my favorite movies I’ve ever seen. It was unbelievable!

It’s official. #TheDarkKnightRises is ****ing amazing. It received a standing ovation from the screening this morning (all critics). All I can say is….be ready to be hit REAL hard in The Dark Knight Rises. Very emotional and powerful. Blows TDK out of the water.

Friend after watching TDKR: “I never thought I’d get to say in my lifetime that TWO Batman movies deserve Best Picture Oscars.”

Just back from a special preview screening of The Dark Knight Rises. Very good. It’s everything and more. You’re gonna LOVE IT!