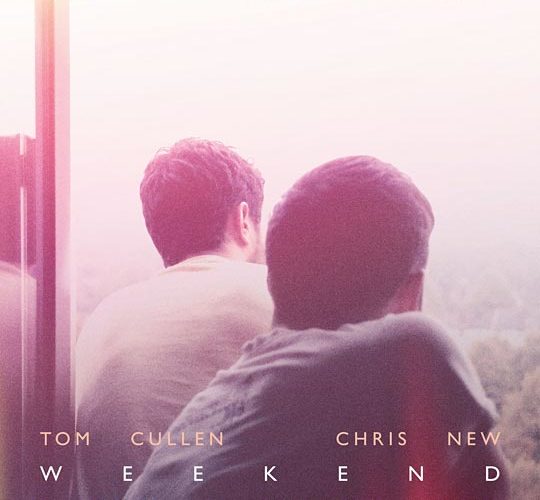 After taking home an audience award at SXSW film festival, Andrew Haigh‘s intimate drama Weekend will now hit limited theaters next month and we have the first trailer and poster. We were mixed on the film at SXSW and wished Haigh would have focus on the well-done romance instead of getting into long discussions of politics. Featuring break-out performances from Tom Cullen and Chris New, one can check out the trailer below via Apple and let us know what you think. Winner of Audience Awards at both SXSW and Outfest 2011 and the opening night selection of Brooklyn’s acclaimed BAMcinemafest, WEEKEND is a startlingly authentic love story, featuring the talents of two incredible new actors and the unique work of a fresh new voice in filmmaking, Andrew Haigh. After meeting one lonely Friday night at a bar, Russell (Tom Cullen) and Glen (Chris New) find themselves caught up in an lost weekend full of sex, drugs, and intimate conversation. Although they have conflicting ideas of what it is they want from life and certainly how to get it, they form a startling emotional connection that will resonate throughout their lives.