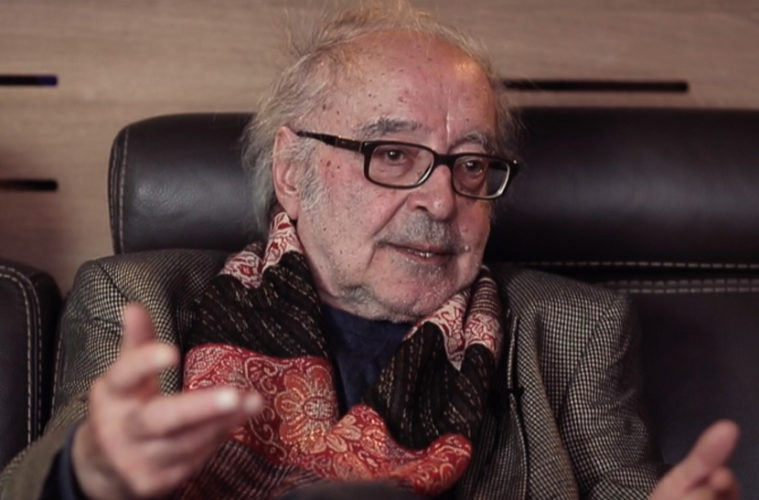 Although he didn’t make an appearance, the legendary Jean-Luc Godard‘s presence was heavily felt at Cannes Film Festival this year. He premiered his latest feature Goodbye to Language, marking his first foray into 3D (an experience we attempted to put into words here), as well as deliver a personal video letter of apology to the Cannes organizers, before he was awarded a Jury Prize for his work.

Today we have something far greater than a press conference could ever deliver as Canon sat down with a one-on-one interview with the director before the premiere. Their talk dives heavily into the technical aspects of creating his latest work (including displaying few new clips) as the master filmmaker also discusses the shifting landscape of production and exhibition while touching on some of his earlier work.

Check out the conversation below, as well as a batch of behind-the-scenes stills, and head over to the Canon site for more on the production, and see the NSFW trailer here for Godard’s latest work. What did you glean from the conversation?