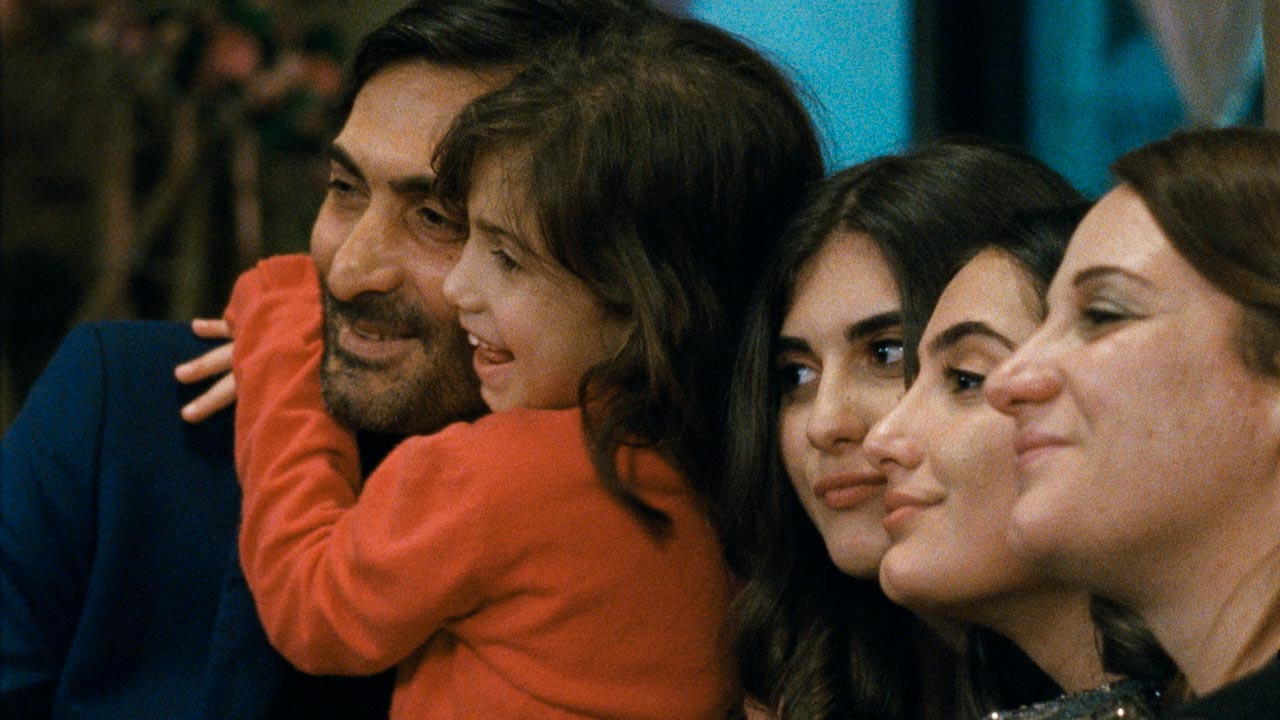 Writer-director Jonas Carpignano completes his Calabrian trilogy with A Chiara, an enthralling drama about a teenage girl coming to terms with her family’s role in the mafia, which won the Europa Cinema Label at the Directors’ Fortnight in Cannes. With a documentary-like authenticity, this is a touching, powerful film with a lyrical visual palette and a superb sense of time and place.

As in Mediterranea and A Ciambra, which told stories about immigration and the Roma community, respectively, Carpignano takes us to Gioia Tauro at the southern tip of the Italian mainland. For ten years the director has embedded himself here, a place infamous for the penetration in all walks of life of the ‘Ndrangheta, the secretive mafia clan that by some accounts controls three percent of Italy’s GDP.

A Chiara begins, like another famous mafioso movie, with a party. To the tunes of Italian trap, Guilia (Grecia Rotolo) celebrates her 18th birthday, but over an extended sequence the camera focuses more on her younger sister, a spunky 15-year-old called Chiara (thrillingly played by Swamy Rotolo).

Outside the party is another, crummier world; it looks like a face-off between rival gangs is about to take place, the streets a tinderbox. Then there’s a car bomb and Chiara’s father, Claudio (Claudio Rotolo), disappears. But neither Chiara’s mother nor her elder sister will tell her where he’s gone. When Claudio’s mugshot appears on TV news bulletins in connection with organized crime, Chiara realizes she must investigate her father’s secretive life herself.

Bloodlines are central to the ‘Ndrangheta clan, and it’s clear this is less a film about the mafia and more about family, how the bonds that connect it are painful to sever. By focusing on Rotolo’s Chiara it shies away from flashy depictions of criminal activities, focusing instead on a young woman coming of age with a chance that’s all too rare in mafia movies—walking away from it all. A subplot involving the authorities threatening to remove Chiara from her mafia-entrenched family reveals A Chiara is rooted in the socio-political milieu of modern Italy, and also of a young woman fighting for a right to be recognized in a macho culture.

A Chiara features cameos from Koudous Seihon and Pio Amato, the lead actors of Mediterranea and A Ciambra, as if to raise the point that this is one portrait of an interconnected community. Is the relatively luxury Chiara’s family live off the backs of the poor and neglected? It’s a fascinating window into this part of contemporary Italy.

There’s so much naturalism to Carpignano’s direction that it’s easy to imagine this might be some reconstruction of real events. Notwithstanding Chiara herself, characters tend to share the names of the actors who play them, and Swamy Rotolo’s extended family play fictional versions of themselves. Carpignano has said much of the dialogue is improvised, with actors discovering major plot points within scenes, and so their reactions are real.

But for all its social-realist tendencies, A Chiara is told in a wonderfully fluid and poetic fashion, led by Tim Curtin’s photography and an emotive score from Dan Romer and, of all people, Beasts of the Southern Wild director Benh Zeitlin.

After three films and ten years, Carpignano has sought to show that Gioia Tauro is not an area solely represented for the grim deeds of the mafia. It may yet be known for a trilogy of touchstone Italian films.

A Chiara premiered at the Cannes Film Festival and will be released in the U.S. by NEON.