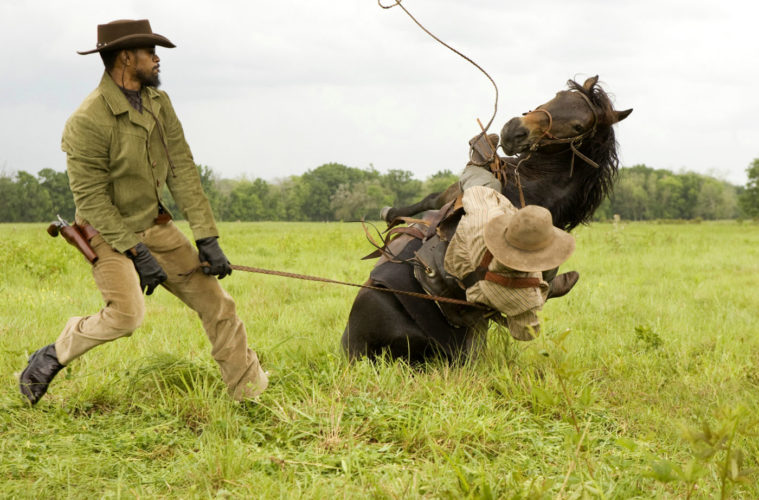 With Quentin Tarantino‘s next feature seeing a release in just under twenty days, expect to get a whole lot more Django Unchained coming your way in the next few weeks. We’ve seen many trailers and other spots, but today the first clip has arrived for our most-anticipated film of the month.

Stopping by the Jay Leno Show last night, actor Don Johnson showed off footage of his character, slave owner Spencer “Big Daddy” Bennett, who isn’t far off in resemblance from Colonel Sanders himself. Although Jamie Foxx‘s Django stays as silent as the “D” in his name, Christoph Waltz begins a fun exchange to enter Johnson’s home.

While making other press rounds, Tarantino stopped by Howard Stern‘s radio show for a 75-minute discussion, making for a substantial talk that goes behind just his latest film. The director discusses how he quit school in 9th grade, briefly meeting his estranged father for the first time (including a wild tidbit involving Stern) and much, much more. Check out the clip below beginning around the 4:05 mark, and listen on for the five-part Howard Stern interview.