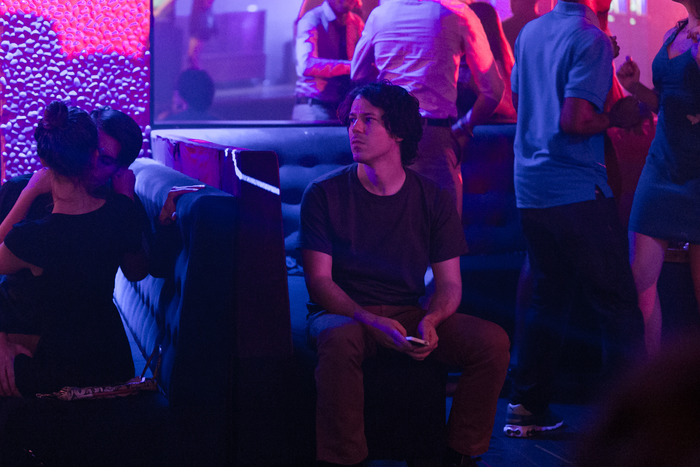 After impressing s a supporting player in Short Term 12, John Gallagher Jr. recently got the opportunity to lead his own independent drama, The Heart Machine. The directorial debut of Zachary Wigon, the Kickstarter-backed film accrued acclaim the past year following its debut at SXSW Film Festival and is now set for a release later next month.

The first trailer has now dropped for the film, which follows Gallagher’s character as he begins an online relationship with a stranger (Kate Lyn Sheil) and Catfish-esque drama ensues. Our friends over at Film School Rejects were big fans of it, saying, “It’s got old-fashioned paranoia tones and an atmosphere of alienation in a way that suggests this might be what it’d look like if Michelangelo Antonioni directed a Nora Ephron script.” Check out the trailer below.

Tracking two parallel journeys that show how digital media complicates modern love, THE HEART MACHINE explores the evolving relationship between physical and emotional intimacy, isolation in the urban hive, and the seduction of hiding behind a screen. This modern mystery tells the story of Cody (John Gallagher Jr. – HBO’s The Newsroom, SHORT TERM 12) and Virginia (Kate Lyn Sheil – Netflix House of Cards, YOU’RE NEXT), who fall in love online, despite the distance between them. Through an interrelated series of events, Cody suspects that Virginia might not actually live in Berlin and may even live in the same city as he does, and seeks to find the truth. THE HEART MACHINE questions love and intimacy in the digital age, and whether you can really trust whom you meet on the internet.