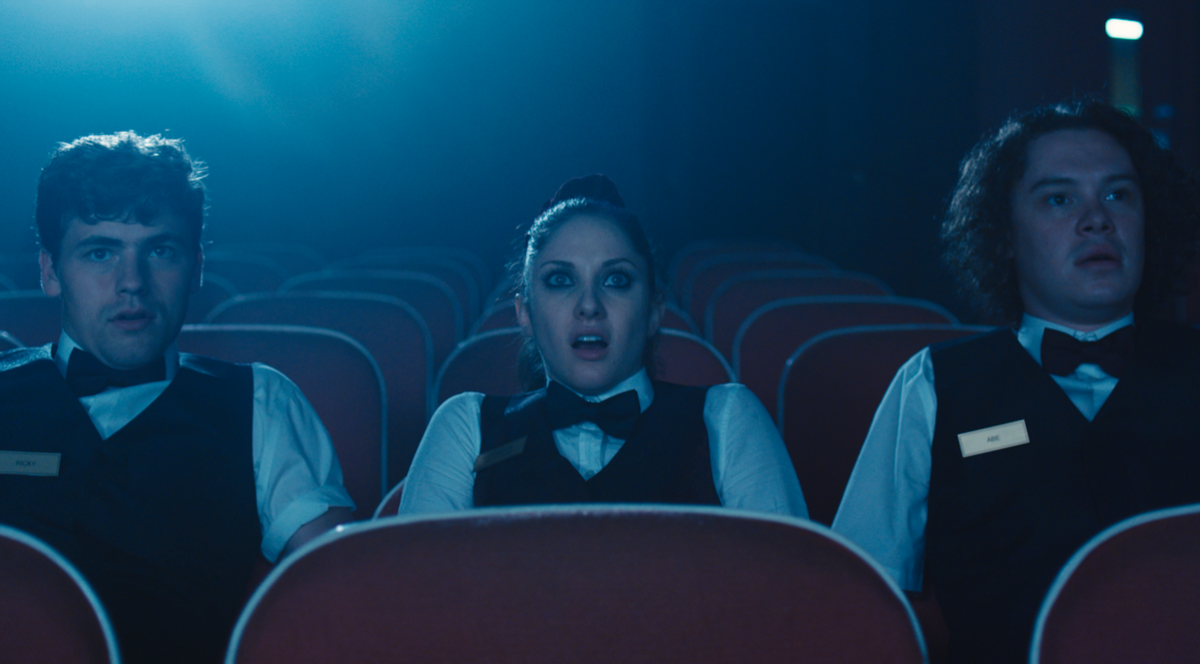 Filmmakers and cinephiles undoubtedly remain haunted by certain urban legends in film. When my mother told me about Snuff, an alleged South American snuff film that screened in the 70s in New York, it haunted me to my core for years. A few weeks ago I caught it at Quad Cinema’s “Rated X” series and found it to be a hilariously unwatchable mess, but that’s a story for another review.

Set in 1992 when the only options at this mini-multiple are Encino Man and A League of Their Own, the trouble starts when the young employees are given permission by Mr. Pike to have a “movie club” night where burned-out projectionist Jeff (Robbie Tann)–or Heavy Metal Jeff as he’s called by the prudes–has to show anything they want to see. After an older gentlemen goes crazy and crashes through part of the lobby they discover the secret screening room and stash of haunted 35mm prints.

The group–including the headstrong assistance manager Chasity (Jillian Mueller), peeping tom Abe (Evan Daves), and a responsible, Christ-loving jock Ricky (Glenn Scott)–find themselves at a moral cross roads as to watch the film or not. Abe takes the initiative, locking himself in the projection booth much to Jeff’s annoyance to finish the screening of his new favorite movie. This unleashes the goddess within, turning the film from a pervy psychological thriller to a supernatural slacker flick. The film itself, however, presents a whole host of unexplored opportunities as it slides into pure uninhibited madness where the rules don’t matter.