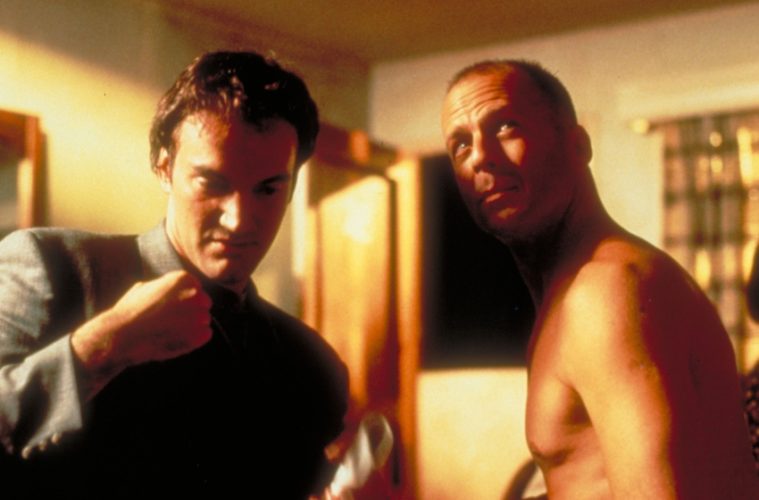 I’d be perfectly content with just one Quentin Tarantino film hitting theaters this December, but on the 20th anniversary of Reservoir Dogs today, the excellent news has landed that we’ll be getting not just another, but two more of his features arriving in the cinema. Miramax have teamed with Fathom Events and IGN to kick off two separate nights of Tarantino fun the last month of the year.

Before his Django Unchained arrives on Christmas —  in conjunction with his Tarantino XX: 8-Film Collection Blu-ray arriving late November — the event will launch the first week of December. First up, on Tuesday, December 4th at 7:00 PM, theaters nationwide will screen his debut film and are calling it Tarantino XX: Reservoir Dogs 20th Anniversary Event.

Then just a few days later, on Thursday, December 6 at 7:00 PM, his 1994 classic will be screened with Tarantino XX: Pulp Fiction Event. Some markets will even have early matinees, and each even will include a feature showcasing Tarantino’s 20-year career, as well as some trailers for films that inspired the filmmaker. Check out more info here and here and see trailers for both films below:

Will you check out these two classics in theaters before Django Unchained?