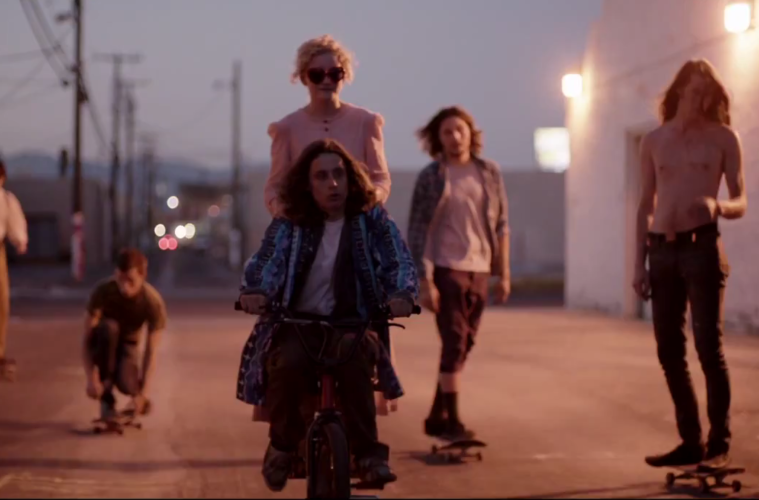 Consider my ticket bought. Variety reports that Phase 4 Films have acquired U.S. distribution rights to Electrick Children, the debut feature from writer-director Rebecca Thomas. The movie stars Julia Garner as a 15-year-old girl brought up in a conservative Mormon family deep in the heart of Utah. Three months after hearing rock music for the first time through a forbidden cassette tape, she ends up pregnant and tells everyone that it’s an immaculate conception brought on by the music; she then runs away from her family, to Las Vegas, to search for the source of the rock music. Rory Culkin, Liam Aiken, and Billy Zane (yes) co-star, and Electrick Children will be released simultaneously in theaters and on VOD sometime later this year.

Having heard nothing about Electrick Children before, I searched out the trailer in order to better understand the movie Phase 4 picked up, and… wow. It looks, for lack of a better word, amazing. The story, the cinematography, and the overall uneasiness that hangs over the entire plot (the “immaculate conception” thing doesn’t seem like it’s ending on a positive note) have me hook, line, and sinker. (Our glowing SXSW review also helped.) And, as a bonus, it looks to have the first truly great Billy Zane performance in God knows how long, something us Zaniacs (copyrighting that term as we speak) have been longing for ever since his career went to direct-to-DVD purgatory.

Check out the trailer below and see if you agree:

Any interest in Electrick Children?