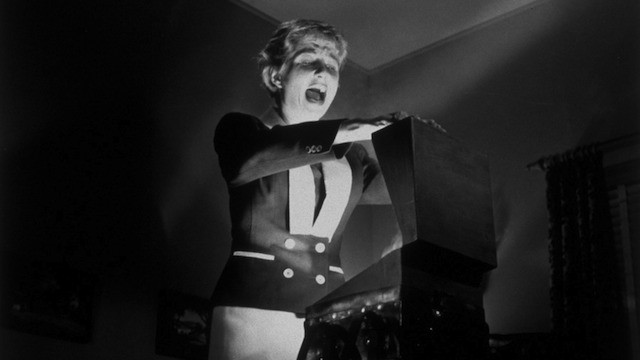 Belle de Jour screens on Sunday, if you’re not watching Twin Peaks, while a Prick Up Your Ears restoration plays.

A mini-Spielberg retro kicks off, while two classics by Jerry Lewis are shown.

The Right Stuff will screen on Friday.

A Nicolas Roeg series is underway.

The summer double features have their last weekend.

Jeanne Moreau-wise: One of Orson Welles’ finest films, The Trial, has been restored, while Bay of Angels also screens.

Carrie, Black Devil Doll from Hell, Buckaroo Banzai, and Babe: Pig in the City all screen.