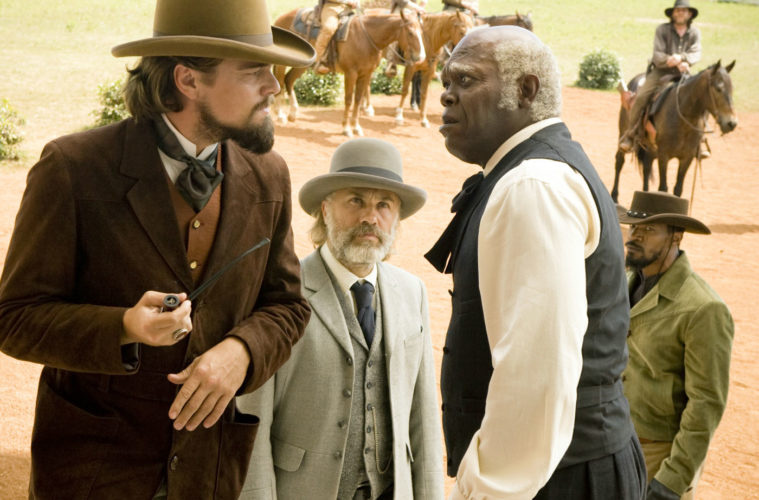 When you’re working back-to-back with Quentin Tarantino and Martin Scorsese, it’s safe to say your career is headed in the right direction. As Leonardo DiCaprio nears the end of production on Scorsese’s The Wolf of Wall Street, we’ve got a few new images from the set, but before that, The Weinstein Company has released a few more looks at his upcoming “southern” and one can see them above and below, also featuring Jamie Foxx, Samuel L. Jackson and Christoph Waltz.

Below that we’ve got new images from Just Jared and Tumblr on the set of Wall Street, which provide our first look at The Artist Oscar-winner Jean Dujardin. In the drama he plays a suave Swiss banker, Jean-Jacques Handali, who was known to have laundered money from Jordan Belfort’s firm throughout the ’80s. Also included in the photos are DiCaprio and his right-hand man Jonah Hill, as well as a few of the former getting in trouble with the law. Check them out below. Django Unchained lands on Christmas Day while The Wolf of Wall Street will see a late 2013 release.