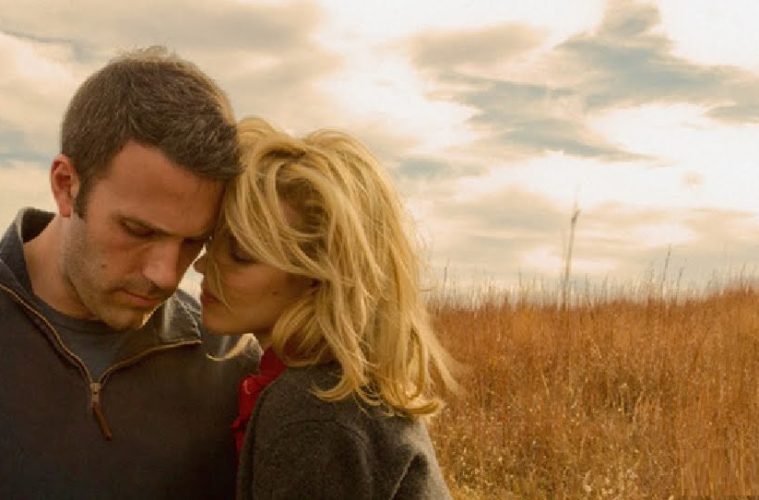 As Terrence Malick‘s The Tree of Life finally got a distributor in Fox Searchlight, then a summer release date, mum was still the word on his companion IMAX documentary The Voyage of Time. Then yesterday, ﻿﻿producer Bill Pohlad revealed that it was still in the works and the footage would be completely different than what was found in The Tree of Life. 24 Frames and EW now report new details on the project, as well as a few on his untitled romantic drama starring Ben Affleck and Rachel McAdams.

They have confirmed Tree star Brad Pitt will narrate the film, but “it is not done by any means” and they decided to hold off to distance it from The Tree of Life. Pohlad insists they have “amazing footage in the can” and “it would be beautiful.” But, just how beautiful?

“Aesthetically unique and scientifically accurate,” overseen by 20 advisers, the film will chronicle “the whole of time, from the birth of the universe to its final collapse.” It will follow “the first signs of life, bacteria, cellular pioneers, first love, consciousness, the ascent of humanity, life and death and the end of the universe.”

A confidential “business plan” even includes testimonial letters from Francis Ford Coppola, Martin Scorsese and Steven Spielberg, who back The Voyage of Time as “a memorable combination of art and science that will inspire as well as educate,” while it follows “jellyfish, crocodile embryo, nebular clouds, a slot canyon in Utah and Jupiter’s moon Ganymede.” It sounds like a perfect expansion of the breathtaking scenes in The Tree of Life.

As for Malick’s next film, an untitled romantic drama rumored as The Burial, it has wrapped after reshoots. It features a bigger cast than his current feature, including Ben Affleck, Rachel McAdams, Rachel Weisz, Olga Kurylenko, Javier Bardem, Barry Pepper and Jessica Chastain. Under the moniker of a romantic drama, one expects it to have some sort of narrative through-line, but a source claims it is “even more experimental” than the ambitious Tree of Life.

No one knows when we’ll be able to see this ambition for ourselves, but knowing Malick, you better hold tight. I don’t see either of these hitting theaters this year, but we can pray for one by 2012. After tinkering with, and delivering, such a masterpiece like The Tree of Life, he can take all the time he wants. Judging from these sources, I’d wager we’ll see his romantic drama before The Voyage of Time, which seems like a project he could spend forever on, at least until the universe ends. In the meantime, check out new clips from The Tree of Life via Rope of Silicon. I’ve included them below.

The Tree of Life hits NY/LA this weekend and nationwide on July 8th, 2011.