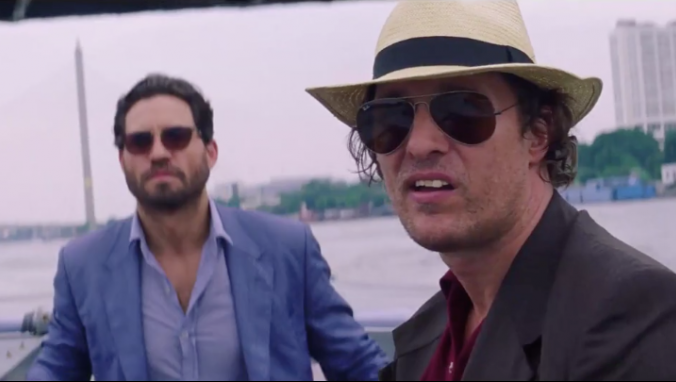 After much anticipation, the first trailer has dropped for Gold, writer-director Stephen Gaghan‘s first feature since 2005’s Syriana. Arriving Christmas day, Gold follows the adventure of an unlikely duo (Matthew McConaughey & Edgar Ramírez) who head into the Indonesian jungle in search of that titular treasure. Named in our most-anticipated films of the fall, Gold could be an exciting, time-spanning adventure to end the year with a bang.

Co-penned by Patrick Massett and John Zinman with Gaghan, also of note is cinematographer Robert Elswit who has lensed such features as Nightcrawler, Inherent Vice, and Mission Impossible: Rogue Nation among many gems. The dirt-covered, muddy aesthetic of McConaughey and Ramíez in the Indonesian jungle is paired with the sleek sheen of suits and briefcases on Wall Street to make for a poignant juxtaposition, while also looking a great deal like McConaughey’s recent Scorsese collaboration.

GOLD is the epic tale of one man’s pursuit of the American dream, to discover gold. Starring Oscar winner Matthew McConaughey as Kenny Wells, a prospector desperate for a lucky break, he teams up with a similarly eager geologist and sets off on an amazing journey to find gold in the uncharted jungle of Indonesia. Getting the gold was hard, but keeping it would be even harder, sparking an adventure through the most powerful boardrooms of Wall Street. The film is inspired by a true story.