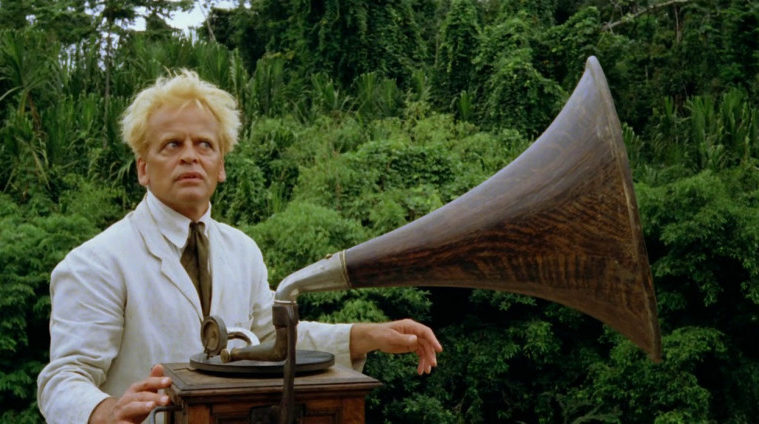 A time capsule that’s as fresh and powerful an experience as it must have been when recorded live in Watts in 1972, Amazing Grace is arguably one of the year’s most-anticipated films arriving after years of litigation and a fetal technical glitch that was resolved thanks to digital workflows. The film that exists, finished by producer Alan Elliot, bursts with intimacy and immediacy capturing a captivating and sublime performance by Aretha Franklin. In between the incredible artistry we discover and are introduced to several influences of Franklin’s including her father the minister and civil rights activist CL Franklin who provides a moving context for the performance along with commentary provided by Reverend James Cleveland. Amazing Grace is a rousing performance lensed with simple, raw, intimate filmmaking that’s unforgettable and nourishing for the soul. – John F.

While it didn’t make a cultural mark akin to Spring Breakers, Harmony Korine’s latest feature is one of his best films. 95 minutes of lovable, shaggy bliss, it’s wonderfully free of stakes with a tone so earnest that it never feels tedious. Yes, Moondog is a role Matthew McConaughey was born to play, but his wayward, hazy journey is also supported by a hilarious cast, from Martin Lawrence’s (worst) tour guide (ever) Captain Wack to Zac Efron’s Creed-obsessed rehab escapee Flicker to Isla Fisher’s care-free Minnie, the wife of Moondog, who receives pleasure any way she wants it. This may be Korine doing his version of dad rock, but he’s locked into a loose inner spirituality that the current state of American independent cinema could certainly use more of.  – Jordan R.

The English royals populating Yorgos Lanthimos’ rollicking period drama The Favourite may not know much about the country’s ongoing war with France, but they’re formidable connoisseurs in duck-racing and pineapple-eating. A year after The Killing of a Sacred Deer, the Greek director ventures into a starkly different terrain with a period feature chronicling internecine feuds among early-18th-century English bluebloods. And as if the plunge was not remarkable enough for an auteur known for his bleak and absurdist dystopias, The Favourite marks the first time Lanthimos is not credited as writer. – Leonardo G. (full review)

The Films of Werner Herzog

Light of My Life (Casey Affleck)

The new film from Casey Affleck arrives at the tail end of a smattering of telling coincidences and sliding door moments. In February 2017, he won an Academy Award playing the lead in Kenneth Lonergan’s Manchester by the Sea, a film that was originally intended to be the directorial debut of one John Krasinski. That actor would eventually release his next directorial effort A Quiet Place in spring of 2018, a few weeks after Debra Granik’s somewhat similar albeit sci-fi-free Leave No Trace had premiered in Sundance. A survivalist, eco-sensitive, sci-fi/horror hybrid that Krasinski wrote, directed, and starred in, it did gangbusters while Granik’s film was warmly embraced by critics and audiences. And now we have Light of My Life, a survivalist, eco-sensitive sci-fi/horror hybrid that is written by, directed by, and starring Casey Affleck. – Rory O. (full review)

Who needs a middle man’s subjectivity when you have algorithms predicting what people will like? Critics don’t matter much in Olivier Assayas’ talkative Non-Fiction, but they are not the only supposedly anachronistic relic to be thrown out of the window in this gentle and profoundly compassionate human comedy that draws from the ever-widening rift between old and new trends in the publishing industry to conjure up a tale of societal changes and those caught in between them. – Leonardo G. (full review)

David Byrne’s sole directorial effort True Stories was on my to-watch list for year, so, thankfully, when The Criterion Collection announced a much-needed restoration and release, it was the perfect time to give it a look. An enormously fun, exceedingly inventive film, with music ingrained in its every bone, it was one of the best first-time viewings I had last year, and the small-town story is now available to stream on The Criterion Channel with a plethora of extras. – Jordan R.

A Chinese Odyssey – Part One: Pandora’s Box
Fausto
Venus In Fur
Too Early, Too Late
The Dead
When Evening Falls on Bucharest or Metabolism
Police, Adjective