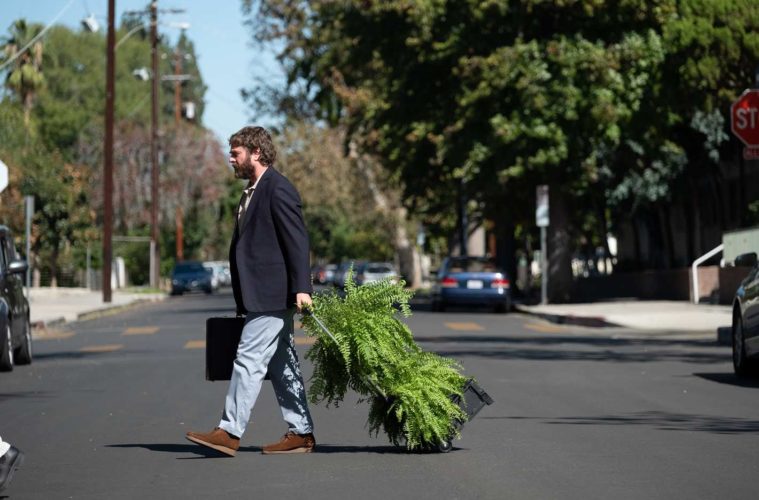 ‘Between Two Ferns: The Movie’ Trailer: Zach Galifianakis Embarks on a Cameo-Filled Adventure

One may wonder just how the Zach Galifianakis web series Between Two Ferns could be expanded into a feature film, but in the hands of director and co-writer Scott Aukerman, our fears are kept at bay. Ahead of a release later this month, the first trailer has now arrived.

“We shot it like an actual documentary, where we built a public-access station and we shot at it. And if something came up where one of the actors would improvise something, we would then get with our production designers and production team and go shoot that scene that just came up in the improvising. So it was really a fun, cool way to do a movie,” Aukerman recently told Vulture.

Zach Galifianakis dreamed of becoming a star. But when Will Ferrell discovered his public access TV show “Between Two Ferns” and uploaded it to Funny Or Die, Zach became a viral laughing stock. Now Zach and his crew are taking a road trip to complete a series of high-profile celebrity interviews and restore his reputation. Directed by Scott Aukerman, and produced by Funny Or Die’s Mike Farah and Caitlin Daley, and Aukerman and Galifianakis, BETWEEN TWO FERNS: THE MOVIE is a laugh-out-loud comedy that gives new insight into the curmudgeonly, beloved outsider Zach Galifianakis has created over the years.

Between Two Ferns: The Movie hits Netflix on September 20.