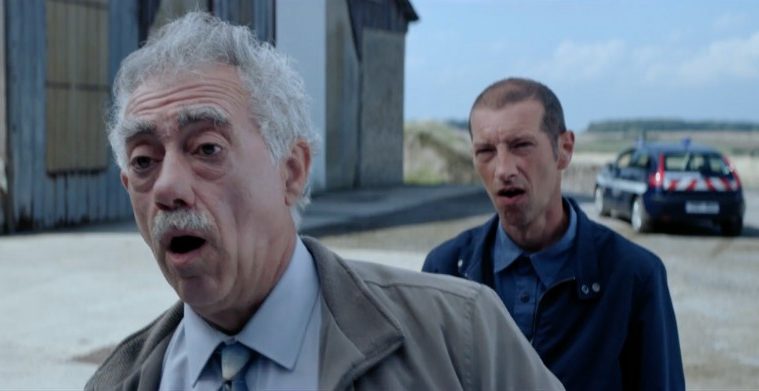 Bruno Dumont – the French auteur director of acclaimed films Ma Loute, Hors Satan, Flandres, L’Humanite, La Vie De Jésus, and Jeannette, l’enfance de Jeanne d’Arc – is no stranger to the Cannes Film Festival, as each of the aforementioned films have premiered there. It’s no surprise then that the festival made an exception to their strict set of prestigious guidelines and premiered Dumont’s 4-episode television mini-series Li’l Quinquin as a 210-minute epic in 2014.

The series, while being as provocative and relentlessly singular as the rest of Dumont’s body of work, was well-received, even topping Cahiers du cinéma’s best of the year list. In February of last year, news broke that Dumont was developing a second season, and now we finally have a teaser trailer.

Titled Coincoin and the Extra-Humans, the second season will center on Coincoin (Quinquin from the first season, played by Alane Delhaye) and two cops (Bernard Pruvost and Philippe Jore), as they investigate a possible alien invasion after strange magma appears in their town in northern France.

There isn’t a release date available quite yet, but in the meanwhile, you can check out the first teaser trailer below with a hat tip to The Playlist.