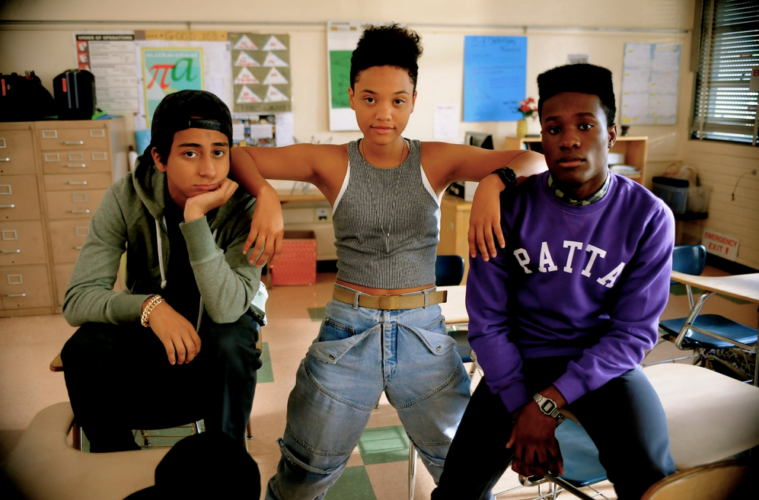 Arriving on Blu-ray this week is Rick Famuyiwa‘s recommended Sundance hit Dope. We’ve teamed with Universal Home Entertainment to give away three (3) Blu-rays of the film. See how to enter below and all entries must be received by 11:59 PM EST on Sunday, October 18th.

What's your favorite California-set film?Let us know for a chance to win DOPE on Blu-ray and see more details: http://bit.ly/1RdmExF

From Grammy® Award winner Pharrell Williams and Academy Award® winner Forest Whitaker comes a fresh and fun coming-of-age comedy Dope, debuting on Digital HD on September 29, 2015 and on Blu-ray™ Combo Pack and DVD on October 13, 2015, from Universal Pictures Home Entertainment. Nominated for the coveted Grand Jury Prize at the 2015 Sundance Film Festival, the film is a fresh and funny foray into contemporary urban life that Rolling Stone calls “Irresistible, freewheeling fun!” and Marlow Stern of The Daily Beast says is “Nothing short of intoxicating.” Featuring an old-school soundtrack plus four new original songs by Pharrell Williams, the Dope Blu-ray™ and DVD are loaded with awesome bonus features for fans to enjoy.

Malcolm (Shameik Moore) is a straight-A high-school senior into old-school rap who finds himself in the middle of an adventure involving shady drug dealers, offbeat weirdos and a backpack that can make or break his chance of getting into Harvard. Also starring hip-hop talent A$AP Rocky, Blake Anderson (“Workaholics”), Zoë Kravitz (Divergent), Tony Revolori (The Grand Budapest Hotel), rapper Tyga and supermodel Chanel Iman, Dope is “vibrant and entertaining” (Boyd van Hoeij, The Hollywood Reporter).

BONUS FEATURES ON BLU-RAY™ AND DVD
Dope Is Different – The cast and crew discuss the film’s central characters and themes of being unique and authentic.
Dope Music – Pharrell Williams, A$AP Rocky, Rick Fumuyiwa and others delve into the essential role old-school rap and punk rock tracks play in the film.

Dope arrives on Blu-ray this week.