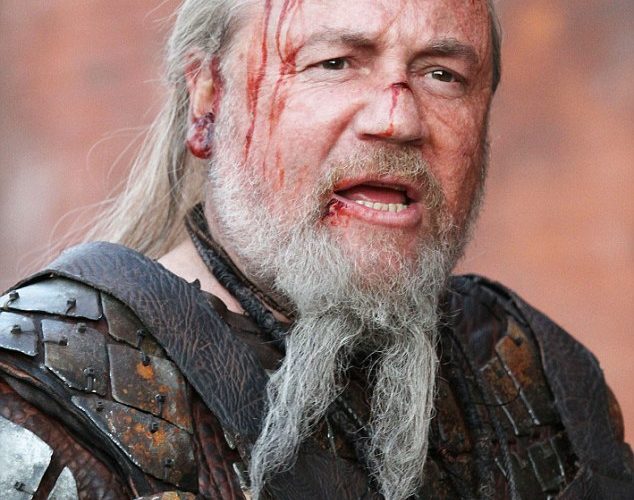 The flood won’t be the only thing Russell Crowe’s Noah is battling in Darren Aronofsky’s big-budget retelling of the biblical story. We got word over the summer that The Departed and Sexy Beast star Ray Winstone had been cast as the nemesis of Noah, but unfortunately no other details were let out. We’ve now got our first photos of the star on set thanks to Daily Beast and while no character elements are let loose, its safe to say that he may lose his fight with Crowe, appearing bruised and battered. Check out the stills below featuring an actor who always knocks his villain roles out of the park.