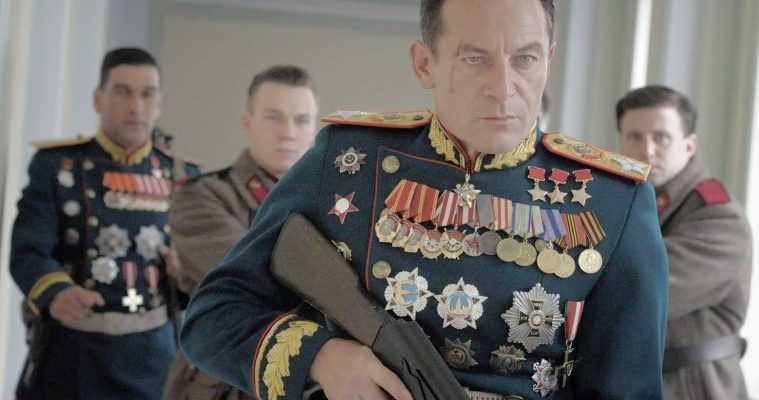 New to Streaming: ‘The Death of Stalin,’ ‘Sense8’ Series Finale, ‘How to Talk to Girls at Parties,’ and More

A central scene in Apostasy, the powerful debut from British director Daniel Kokotajlo, has a group of kids stage a re-enactment of King Solomon’s judgment, the parable from the Book of Kings. In the story, the king concocts a plan to settle who is the true mother of young boy. He says he’ll cut the child in two, dividing it among the two women. The true mother, of course, is declared after she says she’ll give up the baby. The king knows this because no mother would kill her child. – Ed F. (full review)

The makers of Blade Runner 2049 tricked a clutch of production companies into giving them nearly $200 million to make a languidly paced, ponderous, deliberately action-reticent blockbuster. That on its own would be impressive, but all the better, the result is the best cyberpunk film since the original Matrix, and the best big-budget American science fiction film in years. I would even say that it easily surpasses its predecessor (though outside of its production design and score, I am not a fan of that movie, so consider this opinion with that in mind), building on its themes and aesthetic to walk its own path. – Dan S. (full review)

The Death of Stalin (Armando Iannucci)

With an unimpeachable cast of movie stars, TV stars, and even stage legends, The Death of Stalin makes a feast of the banal and horrifying absurdities that were commonplace during the period without losing the persistent undercurrent of tragedy and anxiety. Less a historical recreation than a comedic channeling of the spirit of the time, the film even has the actors speak in their native accent, leading to a motley collection of voices all fighting to get the upper hand in the race to fill Stalin’s role. Even as the film is very clearly a comedy, it’s also a tightrope act of tonal balance with scenes like David Zucker-style sight gags of executions happening in the background as characters walk by blissfully ignoring the consequences of their minute-to-minute choices. – Michael S. (full interview)

Equal parts vulgar and endearing, Flower joins the ranks of recent female-led comedies such as Ingrid Goes West and The Edge of Seventeen that force you to empathize with the main character, regardless of how unlikable they may be. Though not as socially conscious as Ingrid and not as cohesive as Seventeen, Flower remains an inventive and surprising entry that appears to be very aware of (and even afraid of) its own boldness. – Murphy K. (full review)

How to Talk to Girls at Parties (John Cameron Mitchell)

The lack of narrative propulsion or powerful subtext of any kind results in little dramatic substance beyond its cult-like ambitions. Much of it stems from Mitchell’s clearly unabashed love for 1970’s silly sci-fi, but Gaiman’s source material never called for that. The beauty that arose from Gaiman’s graphic novel was in its simplicity, in how it could take this infectious sci-fi romance and add beautifully realized imagination to it. The story of Enn and Zan does not need to be abrasively surrounded and interrupted by the psychedelic culture-clash of alien and human characters the film overstuffs in its script. The ideas are there, but the execution isn’t. – Jordan R. (full review)

Far and away Netflix’s greatest original show has now received a fan-heralded series finale. In a summer of dire blockbusters, it also brings us the best alternative: a new 2.5-hour work directed by Lana Wachowski. Why are you still reading this? Hit play. – Jordan R.

The Kiwi helmer makes the ideal move from the start: clearing the playing field of any excess baggage. He bulldozes the Shakespeare Lite-turned-Game of Thrones tone of the previous installments to pave the way for his off-kilter wit and bonkers fixations. The thunder god (Chris Hemsworth) returns to Asgard to find his not-so-dead brother, Loki (Tom Hiddleston, squeezing a few more charms out) masquerading as their father Odin (Anthony Hopkins), cackling at a play depicting his own death (that features a few delightful cameos). In literally reducing the events of The Dark World to a farce, Waititi announces his intentions to treat this franchise with all the goofs and weird Jeff Goldblum-ing it deserves. – Conor O. (full review)