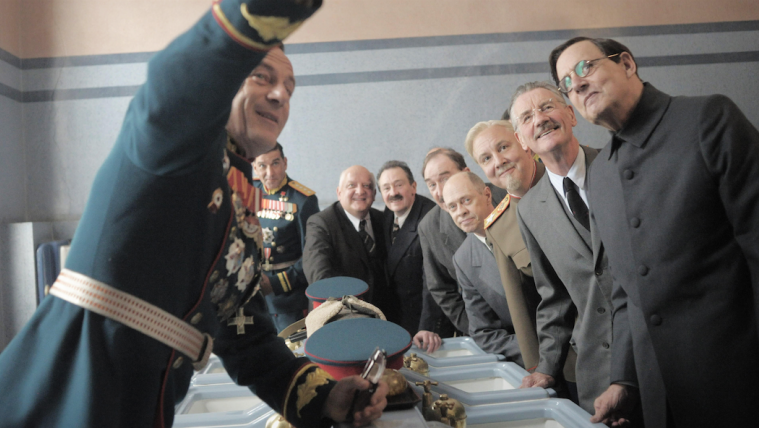 First Look at Armando Iannucci’s ‘The Death of Stalin,’ Acquired by IFC Films

Many were disappointed when Armando Iannucci left Veep before last season, but it looks like we got the best of both worlds. The show continued its comedic streak while the In the Loop director now had time to make his next feature film. The Death of Stalin, after completing production last year, has now been acquired by IFC Films and the first look has arrived, which can be seen above.

Starring Jeffrey Tambor, Steve Buscemi, Toby Kebbel, Andrea Riseborough, Paddy Considine, Olga Kurylenko, and Timothy Dalton, the film is based on Fabien Nury‘s graphic novel, which depicts a Soviet dictator’s last days and the chaos of the regime after his death.

According to Variety, A24 and The Orchard were also involved in the bidding war, but with IFC having already released Iannucci’s In the Loop, this makes for a strong fit. The director’s razor-sharp brand of political comedy couldn’t be more timely, unfortunately, so we hope a Cannes premiere is in the works ahead of a release later this year. Meanwhile, an Iannucci-less season 6 of Veep will kick off on April 16.