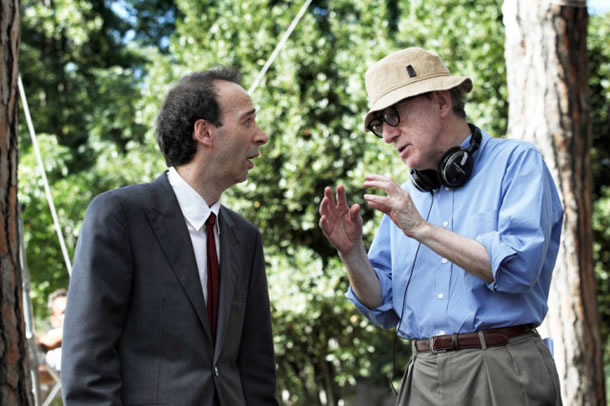 Woody Allen Returning to US For Next Film; Will Shoot In San Francisco & New York Woody Allen is finally heading back to the Big Apple. Despite previous reports that the director’s next film will take place in Copenhagen, he confirmed today in an Italian press conference that was never true. Although no plot details were revealed, he said he’ll be filming “a tiny bit” in New York but most of the film will take place in San Francisco. [Variety]

With You Will Meet a Tall Dark Stranger, Midnight in Paris and his upcoming To Rome with Love, the director has been jetsetting around Europe but it seems like he is ready to get back home. Aside from rumors that Bradley Cooper and Cate Blanchett are attached, we’ll have to wait for more details on this one.

As for To Rome With Love, Sony Pictures Classics recently announced it will have a North American premiere at Los Angeles Film Festival on June 14th. With that phrasing, it could mean a Cannes premiere is in the works for the film starring Allen, Ellen Page, Jesse Eisenberg, Alec Baldwin, Penélope Cruz, Roberto Benigni and Greta Gerwig. It was also revealed in the press conference that two out of the four vignettes in the film will be entirely in Italian with subtitles. Check out the recently release trailer for more details.

To Rome With Love hits theaters on June 22nd. As we’ve come to expect, his next film will likely hit next summer.

Are you excited to see Woody Allen return to the US?