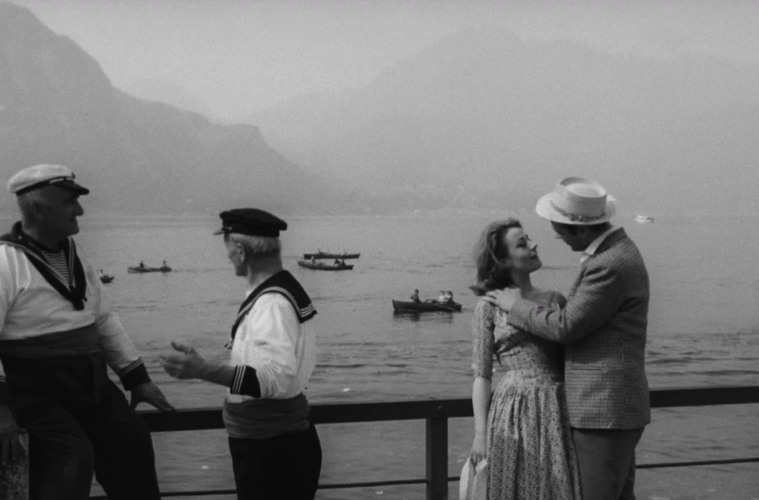 Martin Scorsese’s Film Foundation recently took to restoring Rocco and His Brothers, the Luchino Visconti classic that unveiled a fresh coat of paint at this year’s Cannes and will next come to TIFF before hitting Film Forum this October. If you, like I, have never seen the 1960 classic, consider this job (sponsored by none other than Gucci!) ample reason to hold off just a bit, for it looks beautiful enough to ensure future viewings go towards this edition.

Along with the standard removal of grain, the video displays factors we don’t always think of: image stabilization, the cleaning-up of standard print deterioration (splotches and ugly gashes alike), as well as a nice brightening. (Given The Film Society’s impeccable record, one assumes this is closer to what Visconti and cinematographer Giuseppe Rotunno had aimed for decades ago.) This is something to mark your calendars for, whenever Rocco actually comes to you.

Rocco and His Brothers will play from October 9th through 29th at Film Forum with more locations to be announced.