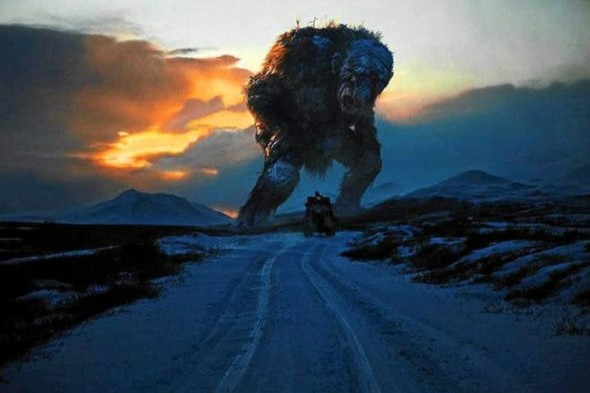 When we ran my review of The Troll Hunter back in March to coincide with its VOD release, I essentially called it Norway’s Jurassic Park. Full of inventive mythology, exciting action sequences and an uncompromised wit, this odd adventure flick breathes fresh life into the found footage subgenre.

With The Troll Hunter set to hit theaters in June, a new trailer has dropped to lure in American audiences, and trust me – you should take the bait! Check it out below via Apple.

Shot in a verite style, TROLLHUNTER is the story of a group of Norwegian film students that set out to capture real-life trolls on camera after learning their existence has been covered up for years by a government conspiracy. A thrilling and wildly entertaining film, TROLLHUNTER delivers truly fantastic images of giant trolls wreaking havoc on the countryside, with darkly funny adherence to the original Norwegian folklore.

The Troll Hunter is currently screening at the Tribeca Film Festival and will hit theaters June 10th.

What do you think of The Troll Hunter?