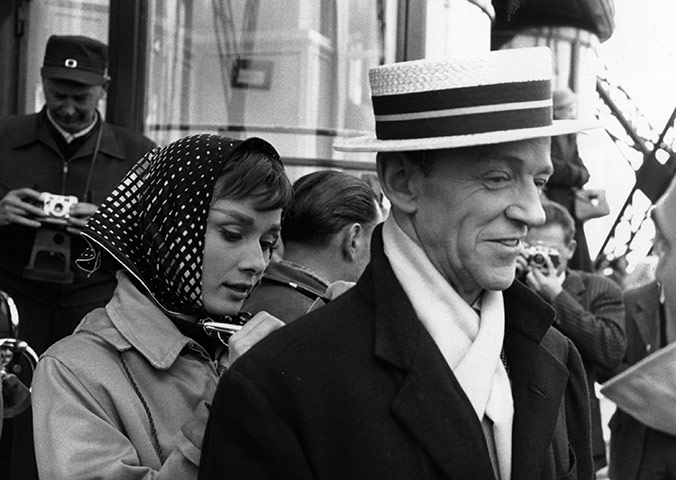 In honor of Fred Astaire‘s birthday today, watch him in a rare 1976 interview and see a photo with Audrey Hepburn above.

A 1976 photo of Sofia Coppola at age 4 in the Philippines helping her father storyboard Apocalypse Now. [@filmystic] A “secret” film club is launching at the reRun Theater in Brooklyn. [First Showing]

Watch an hour-long documentary on the history of independent cinema. [Cinephilia & Beyond]

Watch the trailer for the restored Blu-ray release of Cleopatra, out on May 21st. Watch Anna Karina discuss meeting Jean-Luc Godard for the first time and above, a photo of the director with Agnès Varda in 1967, protesting the Vietnam war.  [Criterion/@Perle2pluie]

A Saul Bass poster for Schindler’s List, the last one he was commissioned to create. [@Cinephiliacs]