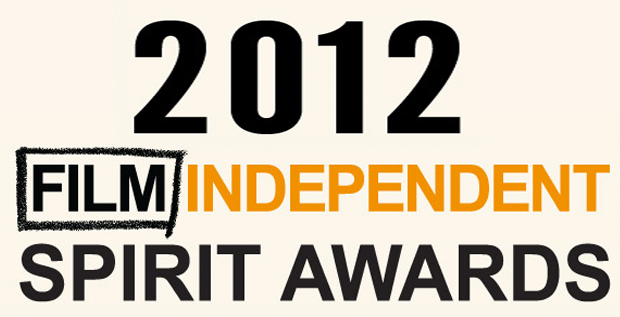 It’s that time of year when bows of holly are hung, children scribble wish lists for Santa, and films worldwide jockey for notice as award season kicks off! Just a day after the Gotham Awards announced their winners, the 27th Film Independent’s Spirit Awards has announced their nominees.

The Spirit Awards has long aimed to pay tribute to the little films that often unfairly fail to grab Oscar notice. (It’s no coincidence that the Spirit Awards telecast is traditionally held the day before the Oscars ceremony each year.) Of course, with the Academy’s expansion to 10 Best Picture nominees, the past few years have shown an increase in the amount of crossover between the two award shows. Last year both the Academy Awards and the Spirit Awards bestowed nominations (if not awards) to Black Swan, Winter’s Bone, 127 Hours, The King’s Speech, The Kids Are All Right, Blue Valentine, Rabbit Hole, Exit Through the Gift Shop and Restrepo.

Will the Academy’s latest wishy-washy rule change affect these parallels? We’ll see in late January, but with the much-buzzed about Shame, Martha Marcy May Marlene, The Descendants and The Artist scoring nods – I think this will be another year of major indie impact at the Academy Awards.

Below is the full list of honorees, via Indiewire: JOHN CASSAVETES AWARD
(Given to the best feature made for under $500,000.)
Bellflower
Circumstance
Hello Lonesome
Pariah
The Dynamiter SOMEONE TO WATCH AWARD
(Recognizes a talented filmmaker of singular vision who has not yet received appropriate recognition.  The award includes a $25,000 unrestricted grant.)
Simon Arthur, Silver Tongues
Mark Jackson, Without
Nicholas Ozeki, Mamitas

TRUER THAN FICTION AWARD
(Presented to an emerging director of non-fiction features who has not yet received significant recognition.  The award includes a $25,000 unrestricted grant.)
Heather Courtney, Where Soldiers Come From
Danfung Dennis, Hell and Back Again
Alma Har’el, Bombay Beach

You can keep up with my own quest to see all of the 2012 Spirit-Award nominated efforts with the return of Voting Spirit,  a weekly column wherein I share my impressions on each of the films with a running tally of strange similarities. From this list, it looks like it’ll be a thrilling theatrical season.

What are your thoughts on the nominees?